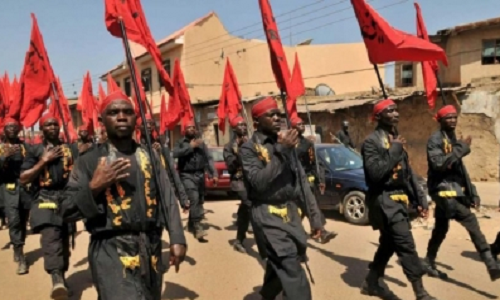 The Islamic Movement of Nigeria (IMN), also known as Shiites, says it is holding a two-year memorial in Abuja from today through the 14th of this month for its members that were killed in the clash between the sect and the military at Zaria, Kaduna State in December 2015. Pledging that the event would be violence-free, the Shiites called on President Muhammadu Buhari to release their spiritual leader, Sheikh Ibraheem El Zakzaky and his wife in deference to a subsisting ruling of the Federal High Court. In a statement yesterday in Kaduna, the sect’s spokesman, Mallam Ibrahim Musa, said: “It has become expedient to make this clarification that the IMN has never employed the use of violence or issuance of threats in its entire four decades of existence.

“This is not about to change. Some recent false flag calls are reminiscent of previous calls used to attack us and disrupt our peaceful events. The security forces appear to be bent on carrying out a series of attacks and subsequently attribute same to us in the course of our peaceful activities.” He continued: “They have kept Sheikh El Zakzaky incommunicado in detention, while claiming to keep him in protective custody, without access to adequate medical attention in clear contempt of a valid court judgment setting him free and declaring their action as unconstitutional. “We wish to once again reject any suggestion of threats of violence in our name. The Islamic Movement is not and will not be responsible for any breach of peace or violence that will result from any false-flag plots. We will continue to employ all lawful, legal and constitutional means as we have done throughout these two years of state-perpetrated persecution to achieve our goals, and would not be blackmailed into submission.”
Follow Us on Twitter!