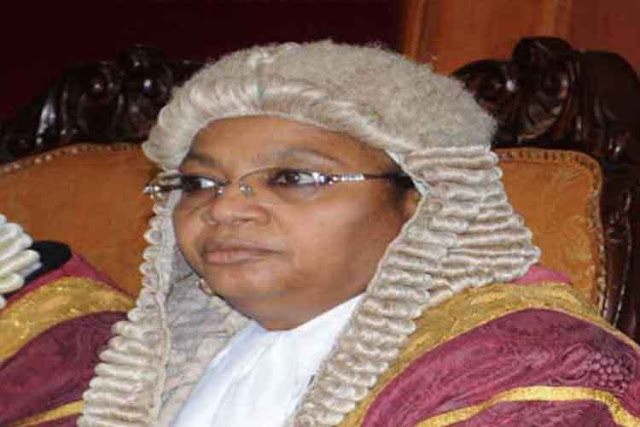 President of the Court of Appeal, Justice Zainab Bulkachuwa has dismissed insinuations that appointment of 14 justices into the bench did not follow due process.
Justice Bulkachuwa explained that the appointments were to fill vacancies which arose from retirement, demise and elevation of some justices of the Appeal Court to the Supreme Court.
She stated this during the opening ceremony of the 2017 Court of Appeal Judges Conference, which held at the headquarters of the court in Abuja, yesterday.
She disclosed that the court, within the year, delivered 3,001 judgements and at the same time heard about 6, 963 appeals.
Allegations of exclusion of judges from the South East had trailed the elevation of 14 justices to the Court of Appeal bench.
She said: “I would like to seize this opportunity to straighten the fact on the ongoing process of elevation of judges to the Court of Appeal. It is strictly based on merit, with particular preference for judges who have distinguished themselves by the quality of their judgements in the lower courts and, to fill in vacancies created by the death, retirement or elevation to the Supreme Court of our former justices.”

The PCA further noted that the annual conference, which takes place in December, every year, is a tradition set aside to bring together justices of the Court of Appeal, to brainstorm on the successes so far recorded with a view to highlighting and proffering solutions to the issues raised.
“Sometime back, the Judiciary came under heavy attacks on allegation of corrupt practices. As judicial officers, it is not enough to simply talk about corrupt practices but one must believe in the fight against corruption and we must work at it together.

“I, therefore, urge us all to eschew corruption and uphold best practices that will rekindle and bring back trust to the judicial arm of government. Let’s not ask how corruption can be tackled; our main focus should be on what we can do as individuals, or collectively as a body to address this plague. “I would like to inform this auspicious gathering that during the 2016 /2017 Legal year, a pragmatic framework was set as an indicator to clear backlog of appeals in the 16 judicial divisions of the Court of Appeal.  “It is against this backdrop that a special task force was set up to clear this backlog. The rationale behind this initiative is for justices from less busy divisions to move to and sit over pending appeals in busier divisions. This does not mean that they were not sitting in their primary divisions.
“This extraordinary feat by my brother justices in all the 16 divisions of the court has recorded 3,001 judgments as well as 6,963 appeals.
In his speech at the conference, the Chief Justice of Nigeria, Justice Walter Onnoghen commended the justices of the Court of Appeal, for keying into his vision to reform the judiciary and decongesting the courts, by speedy conclusion of matters pending before various divisions.
“As you must be aware, the narrative and public perception of the judiciary is changing. This, to my mind, is an indication that the judiciary remains the beacon of hope of any society.
“It is not yet Uhuru, as we are not completely out of the woods.  If anything, this is a call to more work.”
It is my desire, and I believe, yours too, that, at the end of my tenure, I would be leaving a judiciary that has been returned to its glory as a noble and enviable institution in every sense of the word. When the Nigerian judiciary is mentioned anywhere in the world, it would evoke courage, integrity and pride.
“As you may be aware, the National Judicial Council, at its just-concluded meeting, approved the elevation of 14 judges to the Court of Appeal; to fill in vacancies that had existed hitherto in the court.
“This will certainly help to reduce the workload for the justices of the court, as well as help in your preparations as we approach election year in our country.”
Follow Us on Twitter!