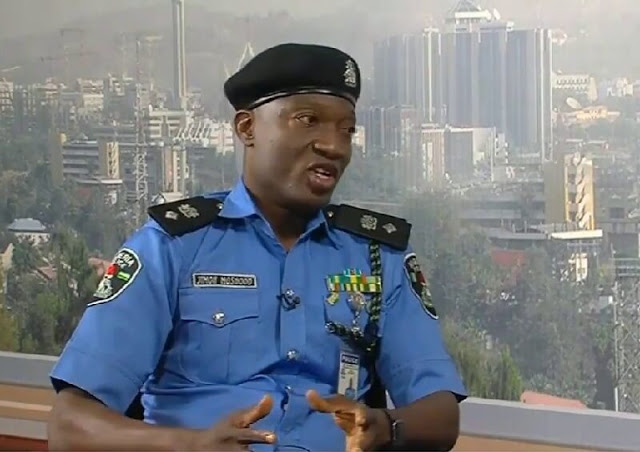 Personnel of the police Special Anti-Robbery Squad (SARS) are to undergo a new training programme, according to the Force Public Relations Officer, Mr Jimoh Moshood.
Moshood said in a statement on Monday that the training was part of the reorganisation of SARS earlier directed by the Inspector-General of Police (IGP), Mr Ibrahim Idris.
The directive, according to him, is aimed at repositioning the squad for “more efficiency and effective service delivery to all Nigerians” in in accordance with the rule of law and international best practices.
Moshood explained that the training would be organised by the Force in collaboration with some civil society organisations, local and international NGOs and other human rights organisations.
The News Agency of Nigeria (NAN) reports that the move followed the ongoing social media campaign by Nigerians for the proscription of SARS over allegations of human rights abuses across the country.
Through the campaign, which started on Saturday with the hashtag #EndSARS, many Nigerians have accused personnel of the squad of extra-judicial killings and other forms of abuses.
However, Moshood said SARS had been “doing very well in fighting violent crimes such as armed robbery, kidnappings and cattle rustling in the country in recent times”.
He noted that this had seen a drastic reduction in incidents of the mentioned violent crimes nationwide.
“However, the IGP has directed the immediate reorganisation of SARS nationwide and instant investigation into all the allegations, complaints and infractions levelled against its personnel.

“In the new arrangement, a Commissioner of Police is now the overall head of the Federal Anti-Robbery Squad nationwide under the Department of Operations, Force Headquarters. Abuja.
“The police zonal commands, state commands and divisions will continue to operate anti-crime units/sections, crime prevention and control squads and teams imperative to prevent and detect crime in their area of responsibilities.
“They are also to maintain other crack squads necessary to sustain law and order and protection of lives and property in their Area of responsibilities (AOR).
“The Federal Anti-Robbery Squad (FSARS) will now exist and operate in the state and zonal commands under the Commissioner of Police (F-SARS) at the Force Headquarters,” he said.

Moshood added that a federal SARS Commander of the rank of Chief Superintendent of Police (CSP) and not below Superintendent of Police (SP) would be in charge of F-SARS in state and zonal commands across the country.
According to him, all commissioners of police have been directed by the IGP to comply with the directive with immediate effect, and warn their personnel not to pose as SARS operatives.
He added that IGP X-Squad had been mandated to go round the commands and police formations nationwide to ensure strict compliance and apprehend any erring police officer.
The Force PRO urged aggrieved members of the public with complaints against SARS personnel to report through any of the following channels for investigation and further actions:
i. IGP X-SQUAD
0902 690 0729, 08078662130, 08174041000 – CALLS
0903 227 8905 – SMS
0903 562 1377 – whatsapp
Email: integrityxsquad@gmail.com
ii. FORCE PUBLIC COMPLAINT BUREAU
07056792065 Calls/SMS/whatsapp
08088450152 Calls/SMS/whatsapp
Email: bailisfree@gmail.com, pressforabuja@gmail.com
Twitter: @PoliceNG
www.facebook.com/ngpolice
iii. PUBLIC COMPLAINT RAPID RESPONSE UNIT (PCRRU)
08057000001 – Calls Only
08057000002 – Calls Only
08057000003 – SMS &amp; whatsapp only
Twitter: @PoliceNG_PCRRU
www.facebook.com/PolicePCRRU.(NAN)
Follow Us on Twitter!