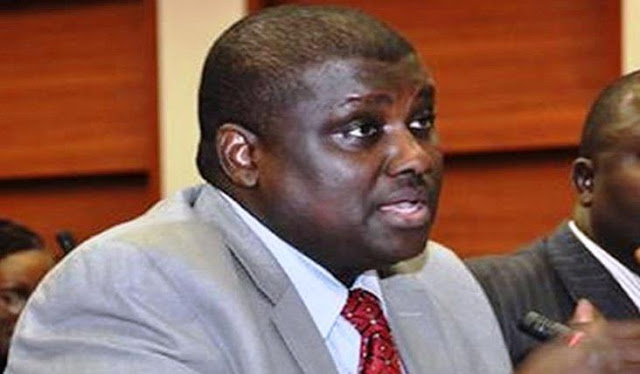 Embattled former Chairman of the Pension Reform Task Team, Abdulrasheed Maina, has asked the Federal Government to pay him the sum of N80b, which he claimed was 5% of the N1.6 trillion pension fund he and his team recovered for the government.
Speaking in an exclusive interview obtained by Channels Television, Maina said the demand was based on an agreement he had with the Head of Service, Winifred Oyo-Ita before taking up the job.
The former pension boss also insisted that his reinstatement into the Federal Civil Service was based on the approval of the Office of the Head of Service of the Federation, the Federal Civil Service, and the Attorney General of the Federation.

He said: “Maina is a Deputy Director, whom the Minister of Justice as Chief Law Officer has cleared of all wrongdoings; the DSS has cleared me of all wrongdoings; the National Security Adviser (NSA) to the President has cleared me of all wrong doings; the Head of Service cleared me even the Special Assistant to the President on Public Prosecution has also said I had no case to answer.
“Then, a small unit under the Ministry will come and start fighting me for N2.1bn.
“Now, I want the federal government to pay me the 5% of N1.6trn as reward for the tip I gave them for the recovered loot. Remember, I gave the tip when I was not in office.
“So, I want them to subtract the N2.1bn from the N80bn due to me for blowing the whistle on the recovered money and give me the balance.”
Follow Us on Twitter!