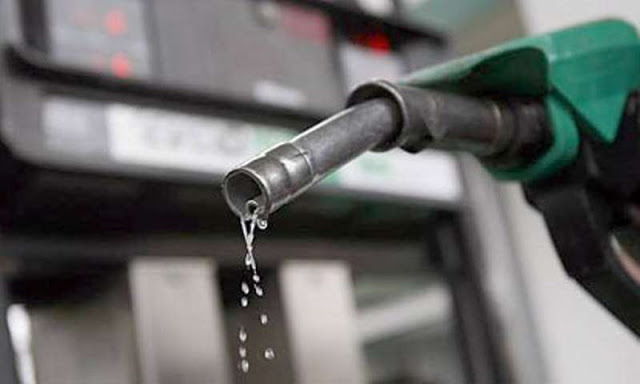 Nigerians have been thrown into panic following the re-emergence of long queues at fuel stations in parts of the country.
The situation, amid rumour of hike in pump price of petrol, sparked fear that the festive season could be marred by scarcity of the product.
In Abuja, many motorists who closed from work yesterday were unable to buy fuel, as many stations were shut.
At about 8 p.m., there was a long queue at the NNPC retail station along Kubwa Expressway that kept motorists waiting for hours.
One buyer, Alabi Ajibola, said: “Most fuel stations have closed. I have been on the queue for about two hours. This should not be at this Christmas period.”
Haruna Bashir, a commercial driver, said his side mirror was destroyed as he jostled to buy fuel. He disclosed that he had visited more than five stations before trying his luck at the NNPC retail station.
The shortage, which began in Sokoto at the weekend, worsened yesterday morning as motorists resorted to panic buying.
Some filling stations belonging to the Independent Petroleum Marketers Association of Nigeria (IPMAN) increased the price of a litre to N150.
Queues were longer at NNPC mega stations and others operated by major marketers, as they maintained the official price of N145 but were reluctant to sell to motorists.
The scarcity began Saturday evening in Kano, leaving many filing stations owned by independent marketers shut.
The few stations opened along Zaria, Zoo, BUK, and Murtala Mohammed Roads had long queues.
In Lagos, there were lengthy queues at filling stations on the popular Awolowo Road in Ikoyi and at Airport Road.
The Nigerian National Petroleum Corporation (NNPC) however insisted that there was no plan to increase the price of petrol, pledging it would avert shortage of the product during and after Yuletide.
Independent marketers in Lagos had earlier threatened to withdraw their services beginning December 11 due to alleged breach of bulk purchase agreement with NNPC.

The group had accused the corporation of selling fuel to it above the bulk price of N133.28k per litre, an allegation the NNPC denied.
The Group General Manager, Group Public Affairs Division, NNPC, Ndu Ughamad, said the ex-depot price of N133.38 per litre and pump price of N143/N145 per litre had not changed.
He said the corporation had enough fuel to ensure seamless supply and distribution across the country.
The corporation urged consumers to disregard rumours of an impending price hike, saying it had the commitment of all downstream stakeholders including petroleum marketers and industry unions to ensuring zero fuel scarcity at the festive period.
The NNPC also urged motorists to avoid panic buying or storing petrol in their homes.
In Enugu, independent marketers began re-adjusting their pump prices in apparent readiness for a major scarcity.
Although all the petrol stations in the state had supplies, prices, especially by the independent marketers, went up to N150/N155 per litre.
Major marketers meanwhile continued to sell the product at the official price.
Some officials justified the hike, saying since the development had begun in other states, it was only a matter of time before it became the trend.
There was no scarcity of petroleum products in Port Harcourt and in other parts of Rivers State.
At the time of this report, filling stations in Port Harcourt, Omoku and Mbiama still sold at the official price.
Some fuel attendants told The Guardian that there was no scarcity of the product as their stations received supply over the weekend.
Residents of Akure had since Sunday worried over rumours of a hike in price from N145 to N160 per litre.
Most filling stations were closed yesterday morning, except some major marketers who dispensed the product to customers in long queues.
Panic buying however reduced by evening as many stations continued to sell at the official price.
A motorist, Muhammad Abu, who spoke with The Guardian along BUK Road in Kano, said the scarcity was artificial and a deliberate attempt to cause hardship.
“The fuel dealers need to be sanctioned because this things is always happening in December. It is deliberate,” he said.
The shortage in the city is rearing its head few days to an official visit by President Muhammadu Buhari.
IPMAN chairman in Kano, Alhaji Bashir Danmallam, however denied any attempt to sabotage the visit by creating an artificial scarcity. “We have never created any scarcity or panic buying for any reason. What is happening is directly from Lagos. As I speak, almost all the depots where we lift products have been shut.”
Danmallam’s reaction followed allegation in government quarters that the shortage was precipitated by IPMAN.