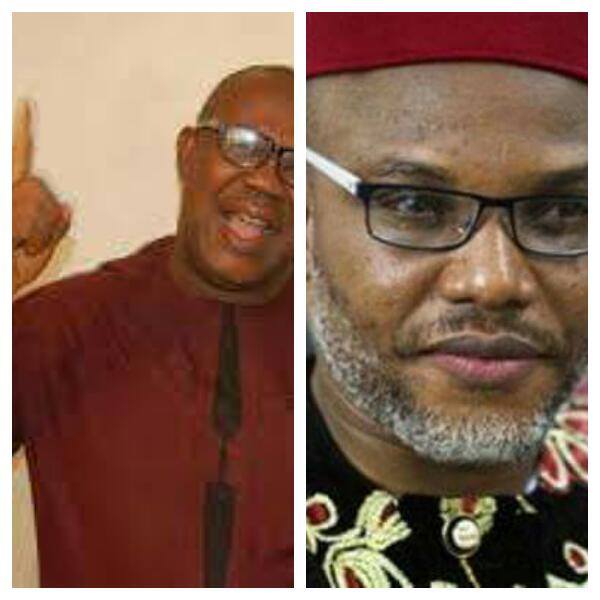 Evangelist Elliot Ugochukwu Uko has shocked the world on his alleged death of Nnamdi Kanu, the leader of the Indigenous People of Biafra (IPOB) which he said has made him a demi-god and celebrated as a hero everywhere in Igboland.
He said since the military invasion of Nnamdi Kanu's home by armed soldiers nothing has been heard about him again but wherever one goes in Igboland Kanu forms the topic of discussions citing such locations as bar, schools and other public places.
He alleged that soldiers went to kill the embattled IPOB leader thus sounding a death knee to issues like restructuring and other national sensitive issues.

Speaking on the restructuring of Nigeria, he said Kanu's sudden disappearance in the hands of the military has suddenly brought the agitations for a restructuring of Nigeria to an abrupt end.
''  He is deeply resented by apostles of the status quo, he is deeply resented by those who love this Nigeria as presently constituted. Nnamdi Kanu is resented by the oppressor, resented by those who have held us in bondage. ''
Kanu, he said, could not be bribed to compromise his principles by those who resent him, the reason why they had to kill him. He said although he may have been killed, the young man is loved by 99.9% of the people of the eastern region.
In his words: ''He remains the hero of 99.9 % of the people of the eastern region, dead or alive. Do you know why they love him? They love him because he has not compromised. They see it clearly. They know, if he had compromised, they would not have wanted to kill him.''
Follow Us on Twitter!