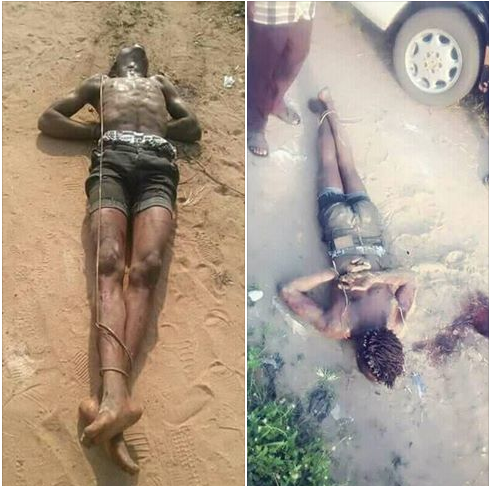 Pictured is a young man believed to be a member of Eiye cult group who was brutally killed in in Kwale, Ndokwa local government area of Delta state. According to reports, Vikings confraternity a.k.a baggers have been having issues with the Eiye Confraternity boys for some time now in the area…

The suspected cultist was said to have gone to a bush where they smoke marijuana and met some baggers. The young man reportedly greeted the rival cult boys and they immediately grabbed him. He tried to run but they overpowered him, shot him but the bullets could not penetrate him so they tied him up and killed him like an animal – using sticks and other objects, before he finally died….
Source; Sapele Olofofo