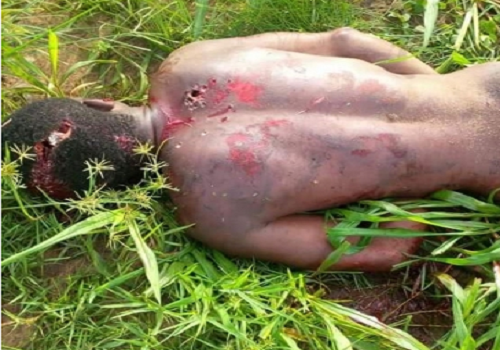 At least 20 persons have been confirmed dead at an illegal refinery camp at Kolo Creek in the Ogbia Local Government Area of Bayelsa State. Several other persons were said to have suffered varying degrees of injury during the inferno, but the security operatives in the state have remained silent about the incident. The Joint Task Force, Operation Delta Safe, and the Nigeria Security and Civil Defence Corps, security outfits directly in charge of checking illegal bunkering, pipeline vandalism and illegal refineries, were said to have had knowledge of the camp but allegedly failed to halt its operation. It was learnt that tragedy struck in the camp near the creeks of Ebelebiri and Otuogwe when it exploded on December 5, 2017 and went up in flames.

It was learnt that the ferocious fire spread quickly, consuming the unknown 20 persons in the camp. Three persons were said to have escaped the inferno by a whisker. Community sources claimed that an attempt by a woman in the camp to cook noodles, using a stove, sparked the fire that caused the havoc. A source, who visited the scene of the disaster, described it as tragic, unspeakable and avoidable. The source, who did not want to be mentioned, said, “When we got there, I almost vomited. I saw charred remains of people. They were burnt beyond recognition.
Follow Us on Twitter!