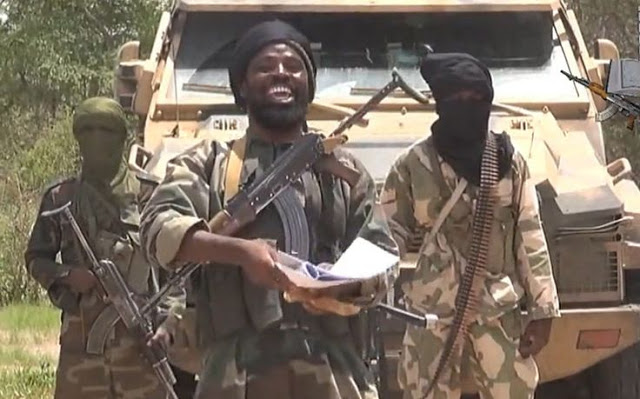 At least six soldiers died in two separate Boko Haram ambushes in Borno State, military and civilian militia sources said on Monday.
Four troops were killed and 12 injured on Sunday when their convoy was attacked near Damboa, 90 kilometres (56 miles) from Maiduguri, the capital of Borno state.
Two soldiers were killed in the same area on Saturday, the sources told AFP, speaking on condition of anonymity as they were not allowed to talk to the media.
A military officer in Maiduguri said Sunday’s ambush happened when troops were on patrol between the villages of Nyeneri and Falawani.

“The terrorists came in huge numbers and attacked the convoy using IEDs (improvised explosive devices) and gun trucks,” he added.
A member of the civilian self-defence force gave a similar account and death toll, and said the jihadists made off with weapons before reinforcements arrived.
He added: “Two soldiers died on Saturday when the six vehicles they travelling in came under heavy attack from Boko Haram near Bulaburin (village),” said the militia source.


The attacks came days after the military replaced the officer leading troops fighting Boko Haram following a surge in attacks, including against military outposts.
The army maintains the redeployment of Major-General Ibrahim Attahiru was routine, and the officer himself said suggestions he was sacked are “far from the truth”.
He said in his farewell speech to troops on Monday that his move was “a normal exercise” and his redeployment to army headquarters in Abuja was a “call to higher responsibility”.
Meanwhile, hundreds of people displaced by the violence deserted a makeshift camp in Birimari village, in the Nganzai district of Borno, some 80 km north of Maiduguri.
Troops had been sent to the village, which is the birthplace of Borno state governor Kashim Shettima, two years ago but soldiers were withdrawn last week, locals said.
One of the displaced, Idrissa Karim, fled with others to Gajiram, the district headquarters, as fears spread of a possible attack.