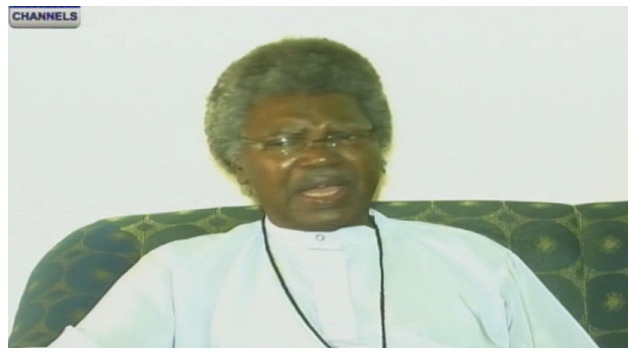 THE Chairman of the Northern Elders Forum (NEF), Dr Paul Unongo has said former Vice President Atiku Abubakar is no match with President Muhammadu Buhari and Buhari would beat him hands down should Atiku decide to slug it out with the incumbent President in the forthcoming presidential election.
He stated this while fielding questions from newsmen on Atiku's planned defection to the Peoples Democratic Party (PDP).
The NEF Chairman said emphatically that in 2019, the North would still go for Buhari instead of Atiku.

He said: ''The speculation is that he would soon join the PDP. So, the question on the lips of many is between President Muhammadu Buhari and Atiku, who will the North support considering that both of them are Fulani and from the same geopolitical zone?

What has Atiku got to offer Nigeria? Atiku would be in one party for two hours and he would abandon it and join another one for three hours and when he does not get what he wants, he jumps into another party.
And now he is like saying Atiku must be president, Atiku must be president of Nigeria. There is no single person in Nigeria that must be president. I think money tries to make some people mad; they think they can buy anything they want and everybody.
The North has no problem whatsoever and it is not only the North that elected President Buhari in the last presidential election. Buhari got average of the votes in virtually all parts of the country. Remember that Buhari contested for the primaries with Atiku and he beat him in that election thoroughly.
Atiku did not even come second. Kwankwaso, the former governor of Kano State got more votes than him. People who are thinking that Atiku can do something when he joins the Peoples Democratic Party(PDP) are making a mistake. Nigeria has passed that way and left it behind for a long time ago. We are not impressed by Atiku who jumps from one party to the other and say oh! I have a lot of money and I must be president.
Nigerians are not going to put such people in power. We love Buhari, a man of integrity and principle; you can predict him and when he says a thing, you can be sure that what he is saying is true. Buhari would win Atiku any day, anywhere and any time.''
Follow Us on Twitter!