Zimbabwe crisis: We are targeting criminals, not Mugabe, says Army 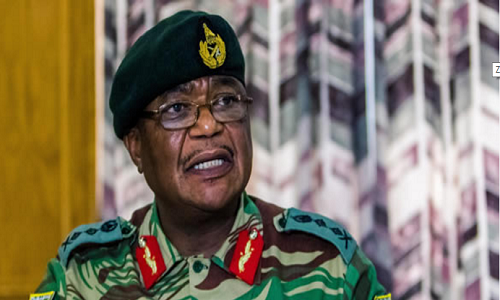 Zimbabwe’s military has read out a statement after taking over the national broadcaster, ZBC, saying it has taken action to “target criminals”, BBC reports.
However, it said this was not “a military takeover of government” and President Robert Mugabe was safe.
Heavy gunfire and artillery were heard in northern suburbs of the capital, Harare, early on Wednesday.
Zimbabwe’s envoy to South Africa, Isaac Moyo, earlier dismissed talk of a coup, saying the government was “intact”.
The statement read out by Maj Gen Sibusiso Moyo came hours after soldiers overran the headquarters of ZBC. He said: “We wish to assure the nation that his excellency the president… and his family are safe and sound and their security is guaranteed.”

The statement added: “We are only targeting criminals around him who are committing crimes… that are causing social and economic suffering in the country. As soon as we have accomplished our mission, we expect that the situation will return to normalcy.”
The statement did not name those targeted but a government source quoted by Reuters said Finance Minister Ignatius Chombo was among those detained.
It is not clear who is leading the military action.
Other key points of the statement included:
Follow Us on Twitter!