Home » news » Your son, Ngige would have been in Saraki’s position – Presidency blames Igbos

Your son, Ngige would have been in Saraki’s position – Presidency blames Igbos 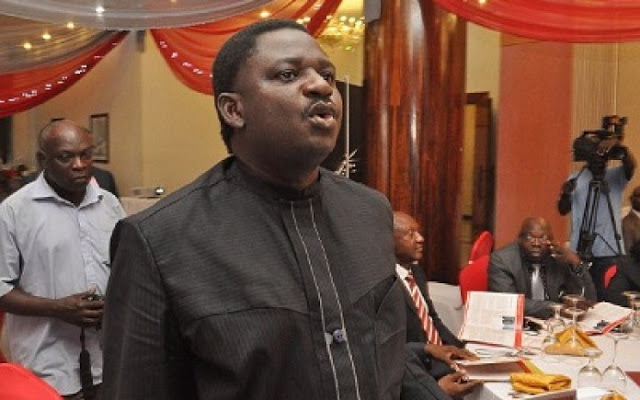 Nigeria’s presidency on Friday lambasted people of the South-east, declaring that Minister of Labour, Chris Nigige, would have emerged Senate President, if he was re-elected as Senator.
Former Kwara governor, Bukola Saraki, also a member of the ruling APC, is the current leader of the country’s federal legislature.
This position of the presidency is contained in an article titled ‘Wise men still come from the East’ written by presidential spokesman, Femi Adesina.
The essay was a review of President Muhammadu Buhari’s visit to Ebonyi and Anambra states on Tuesday and Wednesday.
He lamented that the South-east, aside ignoring Buhari whom he said got meagre votes from the region, failed to seize the opportunity to clinch Senate Presidency.

Adesina wrote, “To make matters worse, the East had refused to re-elect its own son, Dr Chris Ngige, as senator.
If Ngige had been given a mandate, he would have effortlessly emerged Senate President, and see what the region would have benefitted.

“But the large number opted for self-immolation, voted Ngige out, and later began to scream marginalization. But if you ask me, it was a self-inflicted wound. Result of poor politics.
“​You know what the mistakes of 2015 did to Ndigbo? It consigned them to perpetual opposition politics, playing in the periphery. For such an illustrious and enterprising people, that was unfortunate, if not tragic.
“If they continued that way, there was no silver lining in the sky for the future. Nigeria is configured in a way that the person who builds the largest coalition is the one who can emerge President.
”​The Igbo should naturally produce the President one day, that is what fairness demands. But how would that ever happen, if they continued to play poor politics? If you continue to swim in small pools, you stand the risk of being submerged in bigger waters. But now, things are changing. The wise men are making a difference.​”​