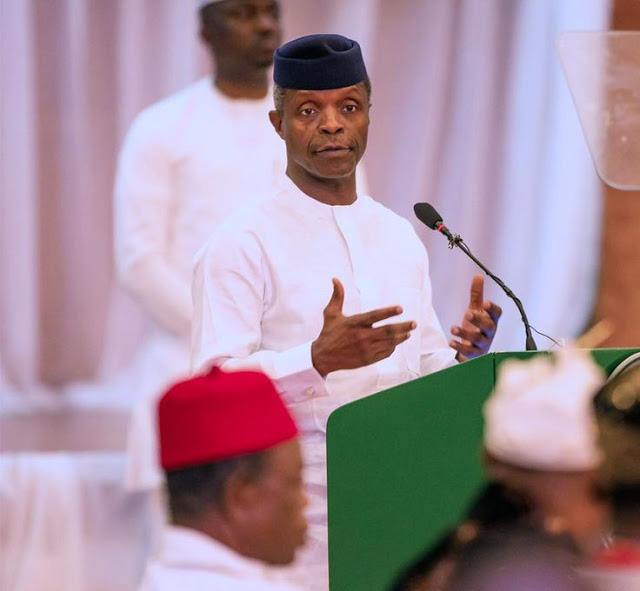 Vice President, Professor Yemi Osibanjo has said, God revealed the cause of Nigeria’s problems to him during a 365 hours of praise organised by Aso Villa Chapel last year.
Speaking at Abuja Special Holy Ghost on Friday, an annual convention organised by the Redeemed Christian Church (RCCG), he said, the nation’s problems were revealed to him, adding that after the praises, things began to happen.
Addressing an overcrowded congregation at the camp located on Abuja – Keffi road, the Vice President explained that challenges of humanity could be solved through sacrifices and honouring God.


“Sometime last year, we organised 365 days of praises and worship at the Villa chapel and God revealed the causes of Nigeria’s problems to me.”
“After the exercises, things began to happen and there were awful discoveries. We will organise praises again”, the Vice President said.
This year’s title: “Let fire fall,” saw Professor Osibanjo emphasising that people must be willing to sacrifice and honour God for his intervention.
Reading from 1 Chronicles 18:36 and from other places in the scriptures, the Vice President explained that Nigeria needs divine intervention.