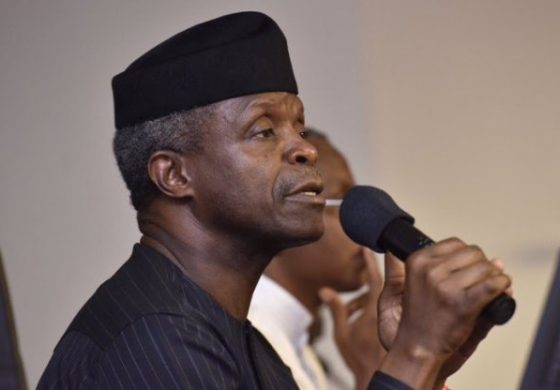 Vice-President Yemi Osinbajo has said that Nigeria remains committed to the peace, security and territorial integrity of its neighbouring countries in the sub-region.
Mr Laolu Akande, the Senior Special Assistant to the President (Office of the Vice-President), said in a statement issued in Abuja on Wednesday that Osinbajo stated this while receiving a Special Envoy of the Cameroonian President, Mr Rene Sadi.
The Vice President said the relationship between Nigeria and Cameroon had continued to grow strong since bilateral relations were established in the 1960s.
He added that this was evident in the cooperation between both countries in the war against Boko Haram and terrorism.

“We appreciate the brotherhood and respect between both countries and the leaders.
”Our shared commitment to peace and fighting extremism is one of the reasons for the good relationship,’’ Osinbajo said.