Home » opinion » THE UNTOLD: ‎Why Maina Is Being Hunted -Aide

THE UNTOLD: ‎Why Maina Is Being Hunted -Aide 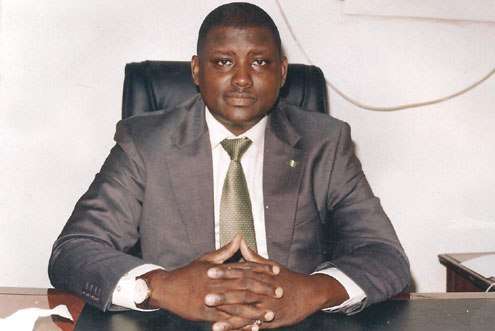 One of the aides to Abdulrasheed Maina, Chairman of the Presidential TaskForce on Pension Reform, Olajide Fashikun, has revealed that there are so many behind the scene issues behind the current media trial of his boss.
According to him, there are distortion of facts and sometimes outright blackmail, all in an attempt to discredit  Maina.
He said Nigerians will not forget that Sani Shuaibu Tiedi, former director of pension in the Office of the Head of Service of the Federation, who has been on prosecution for almost seven years now along with 31 others, alleged that Senator Alloysius Etuk, the chairman of the panel that was to try Maina and other members of the Senate committee allegedly collected a bribe of N3billion from him.

In a petition that  one of Teidi’s aide made available to the EFCC and ICPC, Mr. Tiedi had said he paid the money to Senator Etuk in foreign currency and that the bribe was meant to prevent their prosecution.
He told investigators that he equally bribed Farida Waziri, former Chairman of the EFCC.
Why has the two anti-graft agencies not investigated this matter? Why are they after the man who caught the ‘thieves’ and are not after the ‘thieves’?
According to Fashikun, “there has been a lot of deliberate cover in a well written script to give Maina a bad name. If Maina stole, it certainly cannot be from the PRTT. Those who worked in the PRTT do ‘kabu-kabu’ to augment their survival. They were severely starved of funds.
Healso said,“The reasons are simple. Maina’s PRTT was a clog in the wheel of so many who were looting the pensioner’s funds. Maina’s PRTT was brought in to sanitise a very corrupt pension system. It was the success of his pension system in the Ministry of Interior that brought him to the PRTT. Many Nigerians will not forget that for years, aged pensioners suffered and even died roaming the streets of Abuja while waiting for their pensions.

“Emerging evidence has shown that Maina is just a victim of the popular saying, that when you fight corruption, corruption will fight back. In a hurry to crucify Maina, the Senate committee did what could best be described as a hatchet job. They told the nation he stole N195billion. On 13th April 2016, former Kano Governor, Kabiru Gaya, told TheSun newspaper in an interview that that money was never missing. So, why is he being tried for the money that is now confirmed is not missing?"
He also said,“For those who understand the structure of the task force, they will let you know that Maina like none of them therein never had access to the pension fund and could never have taken one Naira lest over N2 billion.
“Former finance minister, Ngozi Okonjo-Iweala during a Senate meeting said that Maina had no contact with funds and revealed how she froze the account where the monies recovered by Maina’s committee was kept and how she transferred the funds to the CBN".
He said the question that should be asked is why will the EFCC continue to hound a man for an offence which they know he is innocent of? Besides, Maina was only the head of the team which comprised of EFCC, ICPC, DSS, NIA, office of Accountant General, Auditor General Public Complaints Commission etc. He was the only civilian in the Task Team.
"Perhaps, Maina was just a victim of high power play of some powerful individuals in high places, who at some point got irritated for his refusal to ‘share the money’. So, for three years, Maina suffered what has become known in Nigeria’s anti-corruption war as ‘media trial’ – where a man is found guilty several times on the pages of newspaper.
"Despite the several facts presented before the Senate committee during the hearing, the committee chose to ignore the facts. They threatened President Godluck Jonathan. Maina was shot with five bullets wounds on the side glass of the bullet proof car Jonathan gave him".
Mr. Maina said he had “verifiable” evidence the federal pension scheme was returning to “the looting era” which his team set out to end, with an alleged 98% of pensioners denied their benefits since November, 2012.