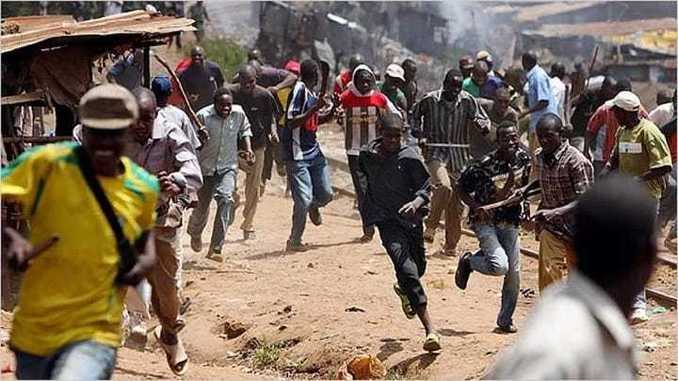 Barely 24 hours after the implementation of the anti-open grazing law in Benue, herdsmen have reportedly killed one person and critically injured an elderly man, in a daring attack
The attack was reported to have taken place in Gaambe-tiev, and also reportedly left many others injured and declared missing
An officer with the Police Public Relations Office has confirmed the incident, and disclosed that investigations are ongoing
Herdsman have killed one Ortse Kwaghdoo, and also inflicted severe injuries on 70-year-old Hingier Akaa, at Tombo ward, Gaambe-tiev in Logo Local Government Area of Benue state, Vanguard reports.
The development comes barely 24 hours after the Open Grazing Prohibition Law took effect in the state. the attackers allegedly struck early Wednesday, November 2; and that many others were reportedly injured during the attack, with others declared missing.

An eyewitness reportedly gave an account of the incident, on the condition of anonymity. He stated: “We had raised alarm over the presence and influx of strange herdsmen in Gaambe-tiev.
“They have moved in thousands with their cows and settled in Ukemberagya/Tswarev council ward at Zaki Hemem, Tyo-Afia, Tse Gusa, Tse Agir, Ordughga Nagwa, Tsafa, Chia Orabum and Jootar axis. “In Mbagber ward they are at Gov-Uwev environ, while in Tombo council ward they are at Azege, Anyibe and Fanu axis.
“We are appealing to the authorities concerned to mobilise security to the border areas to curtail further carnage by these marauders. “We appreciate the security adviser to the governor, Colonel Edwin Jando’s directive to get Ortse Kwaghdoo’s killers, but security needs to be deployed to the areas as farmers are yet to harvest their crops, which are being destroyed by the herdsmen and their cows.”
The incident has reportedly been confirmed by Assistant Superintendent Moses Yamu, from the Police Public Relations Office. He stated: “We received a report that on November 2 there was an attack on Azege village in Logo, when suspected herdsmen passed through the community in the early hours of the day.
“The divisional police officer and mobile policemen stationed at Ayilamo quickly moved in, discovered that one 40-year-old Otte Kwaghdoo was killed, while 70-year-old Hingir Akaa sustained injuries.
“The corpse was deposited at NKST mortuary, Ayilamo, while the injured is receiving treatment. “However, one Gambo Ahmadu was arrested with a locally-made pistol with three live cartridges. Investigation is ongoing.”
Follow Us on Twitter!