Home » news » Teenagers Between The Ages of 12 To 17 Apprehended During Raid On Criminal Hideouts. (Photo)

Teenagers Between The Ages of 12 To 17 Apprehended During Raid On Criminal Hideouts. (Photo) 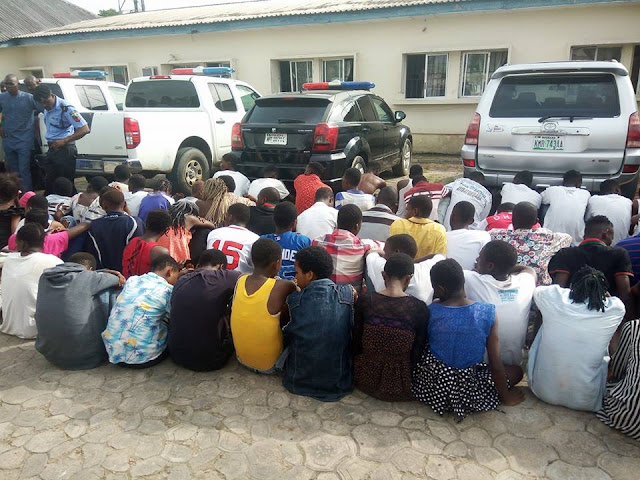 Below is a picture of about 70 teenagers, aged 12 to 17 who were arrested by the police at criminal hideouts in Yenagoa, Bayelsa State. The police said the teenagers were abusing drugs including Indian Hemp and that they were also engaged in heavy drinking of alcohol.

According to reports, the police said they won’t arraign them in court but would counsel them in the presence of their parents and release them.
Meanwhile, two couples were also arrested and paraded at the police command for armed robbery and gunrunning. A couple supplied the arms while the other couple undertook the robbery..
Follow Us on Twitter!