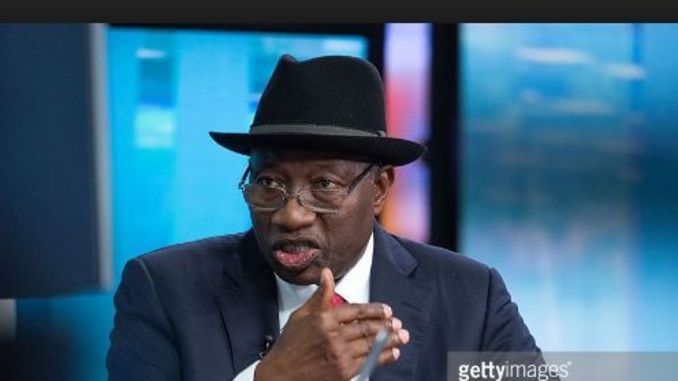 Former President Goodluck Jonathan on Monday asked the Federal High Court sitting in Abuja to set aside the subpoena ordering him to appear in court as a witness to testify in defence of a former National Publicity Secretary of the Peoples Democratic Party, Olisa Metuh.
In the alternative, the ex-President sought an order directing Metuh to deposit with the court for and on his behalf the sum of N1bn to cover travelling expenses for himself and his security personnel from his home town, Otuoke, in Bayelsa State, to Abuja.
The money, according to the former President is also to cover the time that he might spend appearing before the court as President of Nigeria between 2010 and 2015.
The Jonathan contended that his request was in line with the provisions of Section 241(2) of the Administration of Criminal Justice Act, 2015.
Following separate applications by Metuh, Justice Okon Abang had issued two separate subpoenas ordering Jonathan and the detained former National Security Adviser, Sambo Dasuki, to appear in court on Tuesday.
Justice Abang had while ordering Jonathan to appear in court directed the court bailiff to ensure the service of the suboena on him within five days.
Jonathan and Dasuki were summoned by the court upon applications by Metuh requesting that they be ordered to testify in his defence with respect to the sum of N400m which he was said to have received fraudulently from the Office of the NSA in 2014.
The Economic and Financial Crimes Commission is prosecuting Metuh and his company, Destra Investments Limited, for allegedly receiving N400m fraudulently from the NSA office and on charges involving cash transaction involving $2m.
Among the grounds of the motion filed on Monday by Chief Mike Ozekhome (SAN) on behalf of Jonathan was that the evidence sought to be obtained from the Jonathan would amount to an invasion of his privacy, and family life as provided for in Section 37 of the Constitution.
In addition, the ex-President contended that the evidence sought to be obtained from him was likely to expose him to a criminal charge, penalty or forfeiture.
He further argued that the subpoena was vague and obtained on frivolous ground.
Jonathan added that the subpoena was obtained in bad faith as it was meant to embarrass him.
He argued that Metuh was not his personal aide or an appointee and so could not have dealt with him (Jonathan) directly under any circumstance to warrant the invitation of the applicant to testify in the charge.
He also submitted that there was no nexus between him and Metuh and the charge for which Metuh is standing trial.
He said he knew nothing about the charges preferred against Metuh.

An affidavit filed in support of the motion read in part, “That he (Jonathan) as the then President of the Federal Republic (2010-2015), appointed ministers and different persons to carry out the day-to-day running of the government activities and such appointees are those who directly related with the President and not third parties, such as the 2nd respondent.
“That it is such appointees that can explain daily government’s transactions which they directly supervised and not the President who was the overall boss.
“That the 2nd respondent, Olisa Metuh, was never at any time a personal aide or appointee of the applicant.
“That he (Jonathan) knows nothing about the seven charges for which the 1st defendant/ 2nd respondent is standing trial before this court and has absolutely nothing to testify about before this court.
“The he, as a former President of the Federal Republic of Nigeria, in the event that this honourable court refuses prayer one on the motion paper, shall require the sum of N1,000,000,000.00 (one billion naira) only, to cover travelling expenses for himself and his security personnel, from his home town Otuoke, in Bayelsa State, to Abuja, and also for logistics, and provision of tight security to cover any period of time that he might spend appearing before this court as President of Nigeria between 2010 and 2015.
“That Chief Mike Ozekhome, SAN, OFR, the lead counsel in this matter, informed me under the same circumstances stated in paragraph 4 above, and I verily believe him, that by virtue of the provisions of section 241(2) of the Administration of Criminal Justice Act, 2015, the applicant is not bound to attend to court except the 2nd respondent herein (Olisa Metuh), who applied for the issuance of subpoena ad testificandum on him, pays for his travelling expenses.”
Follow Us on Twitter!