Home » news » So Sad!! 16-Year-Old Aisha Knowing She Will Die, Leaves A Shocking Letter To Her Parents Urging Them To Do This {Read With Photos}

So Sad!! 16-Year-Old Aisha Knowing She Will Die, Leaves A Shocking Letter To Her Parents Urging Them To Do This {Read With Photos} 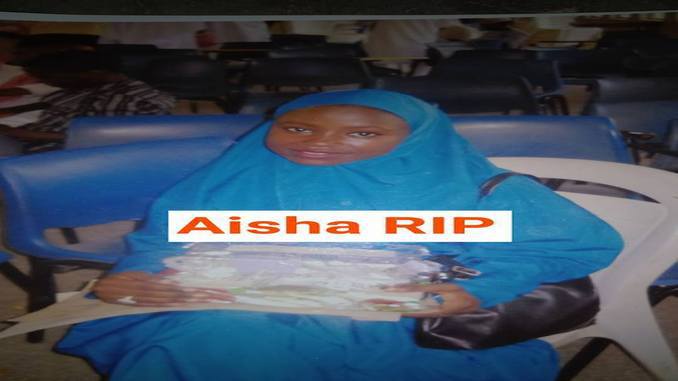 While going through what was contain in the letter the 16 year old girl left behind for her parents and friends…kindly pay your last respect to her by typing RIP in the comment box below…
This is very sad… A 16-year-old girl identified as Aisha Ibrahim Umar, has left her family and friends in sorrow following her tragic demise in Kaduna state.
According to her brother who shared the sad news on Facebook, Aisha wrote a heart-felt letter before her death.
The letter which contained message of forgiveness, condolence along with her will known as Wasiyya, was written by the teenage girl in Hausa before passing away on Friday..

Young Aisha died after suffering from a brief illness on Friday, October 27, 2017, according to reports.
In her letter, the teenage girl asked her parents to forgive her as she passed on other messages to families, relatives, teachers and schoolmates. The message that shook everyone.
Aisha in her letter also asked her relatives and teachers to stand on her grave to pray for her after she was buried.
She then compiled a list of her teachers and colleagues and schools who are to receive the letter.
The young lady also reportedly named her debtor who was urged to pay in the letter/will.
According to reports, people have been trooping into the girl’s Badarawa neighbourhood in Kaduna to read the shocking letter which is said to have contained many important lessons.