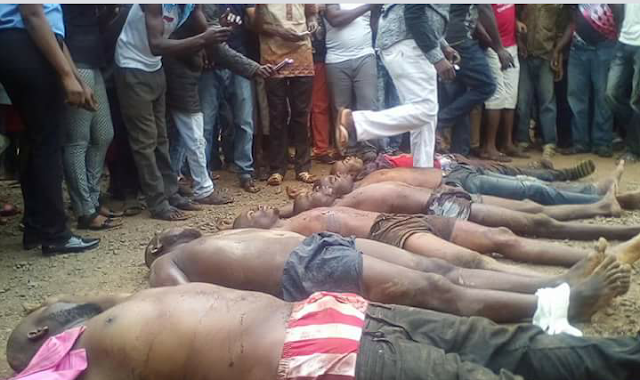 Police operatives in Ikom LGA, central Cross River state have rescued a supermarket owner, Mrs Asimco from kidnappers who abducted her last Saturday and took her deep into the forest and demanded ransom. According to reports, the Police traced the bandits to a forest in Ikom and the kidnappers engaged them in a gun duel.

Four of the bandits were killed in the forest. One was caught alive and brought to the police station in Ikom and was allegedly shot there…
See pictures below (Viewers discretion)
PICTURE 1
PICTURE 2