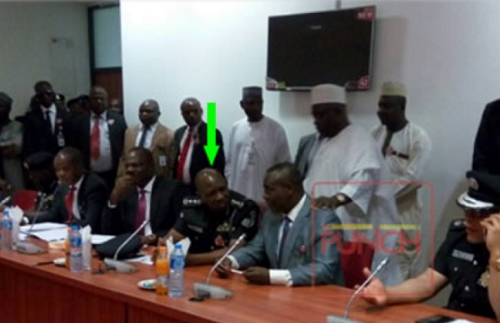 The Nigerian embattled Inspector General of Police, Ibrahim Idris, few minutes ago arrived before the Senate ad hoc committee set up to investigate the allegations and counter-allegations between him and Senator Isa Misau, Punch Newspaper reports

In his company according to reports, are his lawyer, Alex Iziyon (SAN); and Special Assistant to the President on National Assembly Matters (Senate), Senator Ita Enang.