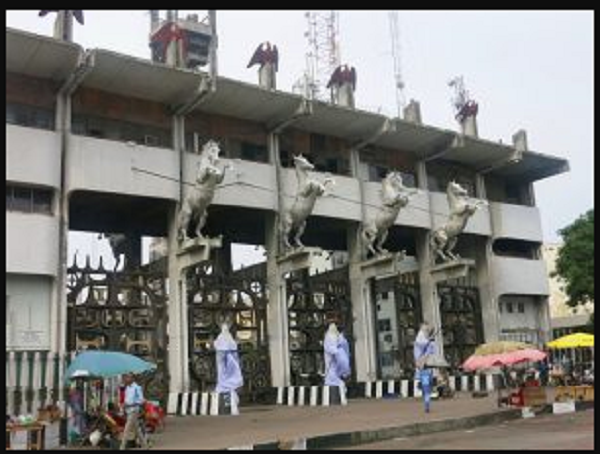 The Director General of the Budget Office, Ben Akabueze, yesterday, said the Federal Government has concluded plans to sell key national assets in a bid to generate sufficient revenue to finance Nigeria’s annual budgets between 2018 and 2020.
Akabueze disclosed this in Abuja at a public hearing organised by the House of Representatives joint committees on finance, appropriation, loans, debts and aids and legislative budget and research on the 2018-2020 Medium Term Expenditure Framework (MTEF) and Fiscal Strategy Paper (FSP).
He explained that proceeds from sales of the key government assets, which include National Integrated Power Plant (NIPP) plants, National Parks, as well as the National Arts Theatre and Tafawa Balewa Square in Lagos are to be deployed as financing items for the 2018 budget.
Akabueze also told the Committee that the power generation plants constructed by the Niger Delta Power Holding Company (NDPHC) under the NIPP on behalf of the government would be sold.

Others include: the 450MW Ihovbor Power Station in Benin City; Olorunsogo Power Station, a 336MW plant located at Olorunsogo; Olorunsogo II Power Station with combined cycle gas turbine of 675 MW capacity; the Omoku II Power Station in Omoku with 225 MW capacity. Also to be sold are Omotosho II Power Station with 450 MW capacity and Sapele Power Station with 450 MW capacity.
Other items to be sold are non-core assets from the mines and steel sector, houses, and estates.
He said proceeds from privatisation of key government assets were factored in the 2018 budget, to finance especially the budget deficit of N2.005 trillion, much of which will be financed through domestic and foreign.
According to the Director General, the country was generating too little revenue; hence it was expedient to borrow.
He added that the reverse would be the case if actually there were more revenue collectibles.
“We are generating too little revenue, hence we are borrowing. If we generate enough, borrowing ratio will drop,” he said.