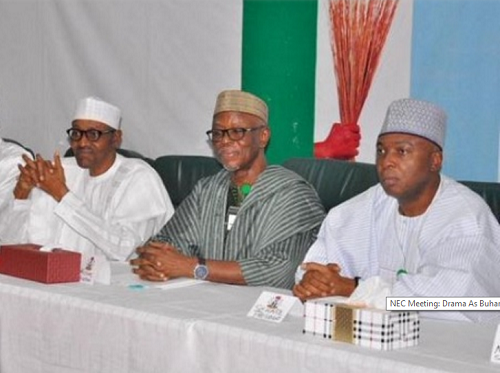 A mild drama played out yesterday before the National Executive Council meeting of the ruling All Progressives Congress, APC at the entrance to the APC secretariat as the presidential guard on duty insisted that the governors will be dropped at the gate, while they walk into the secretariat.
Earlier, security aides attached to Governor Yahaya Bello, who was the first to arrive at the secretariat for the meeting, engaged in a noisy row, which almost resulted in fisticuffs.
Nigeria Governors Forum (NGF) Chairman Abdulaziz Yari was furious that his colleagues were asked to walk into the secretariat, insisting that they be allowed to be driven in, while the cars are taken out later, but the head of the security team told him that “it will not work that way”.