More Africans are coming to Nigeria for surgeries – UCH CMD 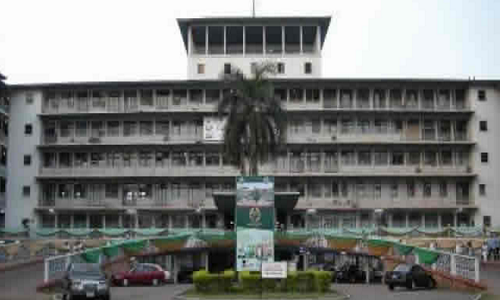 Bukola Adebayo
The Chief Medical Director, Prof. Temitope Alonge, has said that the University College Hospital, Ibadan, Oyo State has fulfilled its mandate to train the best specialist doctors and health professionals in Nigeria.
Alonge spoke on the various achievements of the teaching hospital during a walk organised as part of the activities to celebrate its 60th anniversary in Ibadan on Monday.
The CMD also said the hospital was set to improve on its achievements and reverse medical tourism in the areas of neurosurgery, nuclear medicine, cardiac and orthopaedic surgery so as to encourage more Nigerians and Africans to seek medical treatment at the premier hospital.
Wondering why many people still prefer to travel abroad for treatment, even as a majority of the medical services offered in foreign hospitals are available in the country, he urged Nigerians to trust their local hospitals.
“We must know that many Africans are now coming to Nigeria for surgery and treatment. So, medical tourism is not only outward. We have attended to presidents, kings, ambassadors, technocrats and diplomats from different parts of Africa in the UCH. I vividly remember that the father of a former President of Gambia had treatment here.
“People have come from the Gambia, Sierra Leone for treatment in the UCH. People are going to foreign hospitals not because Nigerian hospitals don’t have the facilities or the expertise, but because travelling abroad is an ego thing for them. Some Nigerians travel abroad because they get estacodes. I once offered to do a surgery that won’t take me more than 35 minutes, but the patient opted to travel abroad for it.
“We must also let Nigerians know that these people are not going to public hospitals for treatment. Instead, they go to private hospitals abroad because it used to take 18 months to get an appointment for  knee replacement in the public hospital where I worked in the UK.
“There is also the lack of information because we are not allowed to advertise our services but that we are working on.” Alonge explained.

According to him, the hospital has beefed up its expertise in nuclear medicine, palliative, geriatric care  and was now performing awake craniology,  a type of brain surgery whereby the patient is awake.
He added that the UCH doctors were consolidating and acquiring more surgical skills and training in the area of foetal surgery to reduce the number of newborn babies dying of congenital defects or diseases.
“We want to start operating on fetuses that will not survive outside the womb. We have the equipment and expertise in our radiology department to pick these conditions early. So, we don’t have to wait till the baby is born before we operate. We can reduce the number of new-borns dying.”
Also, speaking at the event, the Chairman, UCH 60th Anniversary Committee, Prof. Ope Adekunle, said the hospital would be leveraging on its relationship with philanthropists, traditional rulers and its alumni to establish a cancer centre at UCH.
The professor said it was shameful that Nigeria, with a population of over 170 million, did not have a designated cancer centre.
Adekunle said, “India has over 200 cancer centres and we cannot boast one. We are calling on philanthropists to contribute towards this initiative. We will also enlist the help of traditional rulers to provide some funds and facilities which would be named after them. We hope they will help us to realise the projects lined up to commemorate UCH at 60 years.”
Follow Us on Twitter!