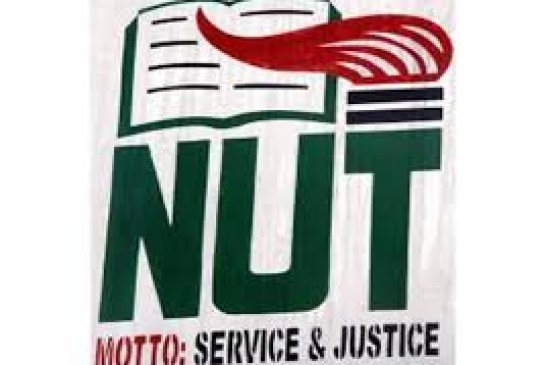 The Nigeria Union of Teachers (NUT) has said that deceased and retired teachers, messengers and security personnel were listed among “teachers” that passed the test conducted for primary school teachers in Kaduna state.
This was disclosed on Tuesday by Yahaya Abbas, NUT chairman in Zaria local government, while reacting to a mass protest by primary school pupils in Sabon-Gari.
DAILY POST reported that the pupils were protesting against the sack of 21,000 teachers said to have scored less than 75 per cent in a test set for them. http://dailypost.ng/2017/11/07/kaduna-primary-secondary-pupils-protest-el-rufai-move-sack-teachers/
“The result of the examination showed that only three or four teachers passed in many schools.
“In some schools, retired teachers and teachers that died a long time ago were among those that passed.

“The list of successful teachers sent to some schools also included names of their messengers and security personnel,” he alleged.
The NUT chairman alleged that names of senior staff, especially those on level 14 and above, were absent from among those that passed, raising the suspicion that government was only out to sack them so as to reduce cost.
Malam Rabi’u Usman, NUT chairman, Sabon Gari local Government, also reacting to the protest, described the action of the pupils as their “personal opinion not influenced by anybody”.

He said, however, that the children’s action was “a right step in the right direction”, and called on government to “do something urgently to save the situation”.
Usman said that the union was not opposed to the examination, but was against the pass mark of 75 per cent, declaring that there was no examination with such a high pass mark.
The chairman appealed to government to rescind its decision to sack the teachers before the expiration of the union’s ultimatum, or face the consequences.
In its reaction to the protest by the students and pupils, the Kaduna State government accused teachers of “endangering” the lives of the poor children by throwing them into the streets.
The government, in a statement signed by Samaila Aruwan, the Special Assistant to the governor on Media and Publicity, warned that it would not accept such child abuse by teachers that had failed a simple test and were not qualified to teach.
It said that government’s action was in the best interest of the education sector, adding that quality teachers were being recruited to shore up the fortunes of the sector.
Follow Us on Twitter!