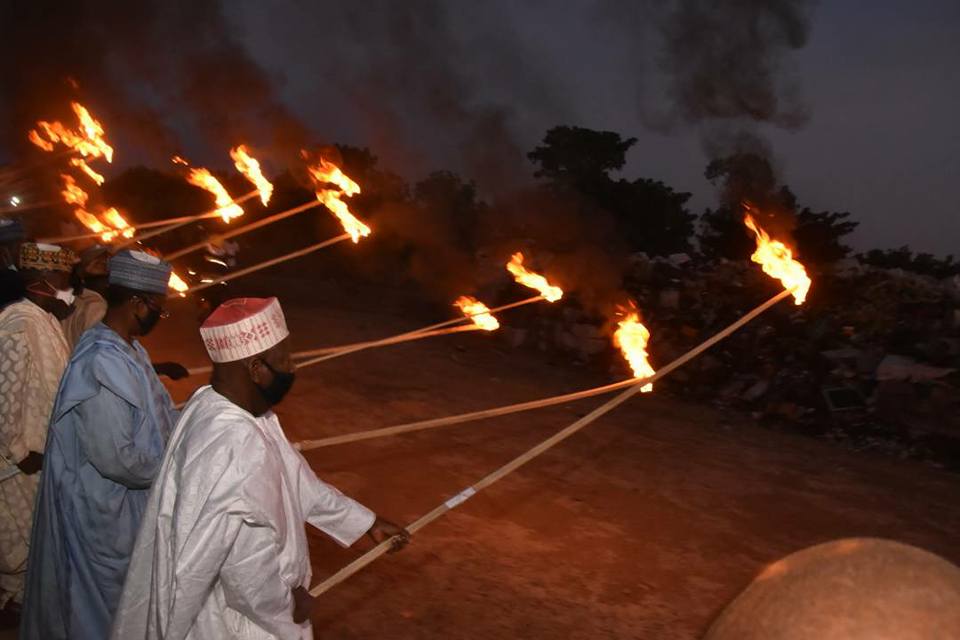 Kano state governor Abdullahi Umar Ganduje and other dignitaries participated in the destruction of fake, counterfeit and illicit drugs worth N2Billion at the premises of NDLEA in Kano on Monday. According to reports, this is the 3rd session where similar drugs worth 113 Tones were destroyed by the Ganduje administration within the two years.
The governor reportedly called on the General public to cooperate with the Drug marshals in their respective areas for fighting against crime in the society.