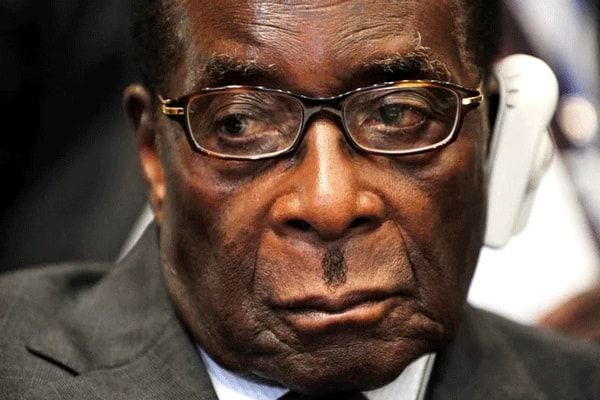 The ruling party in Zimbabwe, Zanu-PF, has expelled the country’s embattled leader, Robert Mugabe.
After a meeting of party leaders held on Sunday, officials said ex-Vice-President Emmerson Mnangagwa, who was fired by Mr. Mugabe two weeks ago, has been appointed leader of the party, the BBC reports.
It was the sacking of Mr. Mnangagwa that triggered last week’s takeover of power by the military, thus stopping Mr. Mugabe, 93, from installing his wife, Grace, as leader of Zanu-PF and then president.


Grace was also expelled from the Zanu-PF at Sunday’s meeting.
The Southern Africa Development Commission, led by officials from South Africa, have been mediating between Mr. Mugabe and the military.
The meetings continue on Sunday and are expected to ensure a peaceful exit of Mr. Mugabe from Zimbabwe.