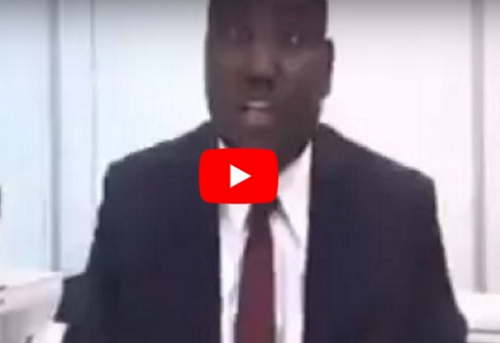 The embattled former Chairman of the Presidential Taskforce on Pension Reforms, Abdulrasheed Maina, has finally broken his silence.
Maina in a video already trending on social media, said he has not left Nigeria.
The former pension boss said there’s no money missing anywhere, adding that he went into hiding because some people were trying to assassinate him.
Maina said he was not a thief and has not stolen anything rather, he has documents that would expose the real thieves.

According to him, “We know where these monies are.”
He called on Nigerians not to believe the rumours about him, saying that he never stole N195 billion and alleged that N300 million was being stolen every day.