Honestly Speaking, 'Buhari Has Done Well...' - Jonathan Confesses, Opens Up On His 2019 Ambition 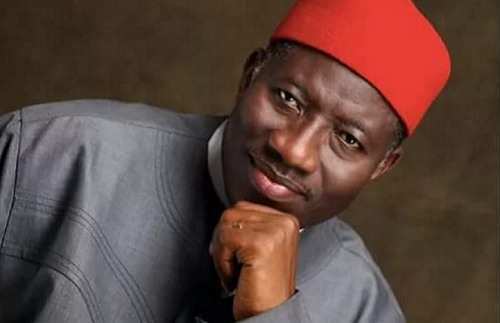 The former President, Goodluck Jonathan said President Muhammadu Buhari has done well in the area of Security and fight against corruption, but there are much to be desired in fulfilling his campaign promises to Nigerians.
Jonathan made the statement in a chat with Dele Momodu, the Ovation Magazine Publisher when the later visited him in his office.
In the tete-a-tete between the duo published on This Day and titled; An Afternoon With Ex-President Goodluck Jonathan; Jonathan expressed happiness that he left power in 2015 without bloodshed or violence.

He revealed that  he has no intention of vying for the Presidency in 2019 since the PDP has zoned the presidency to the north, when asked on his speculated 2019 ambition.
He said: “I have had the rare opportunity of leading our country at very critical moments and did my best. I’ve left the rest to posterity to judge.”

Asked if he would recontest in the 2019 presidential election, he said: “Contest again? No. People come to me every day saying they want me back. I’m always moved to tears whenever I go out and see the huge crowds shouting GEJ, we want you, even in the North.
Instead of getting swollen-headed, I actually reflect on my achievements and mistakes and feel humbled and feel very sober…
I have never been a man of inordinate ambition. I’m a man of very modest means. I hardly travel because of the logistical costs.
I’ve played my part and I have moved on.”
Asked what he would if the Peoples Democratic Party (PDP) called him to re-contest, Jonathan responded: “Are you not aware that our Party has zoned the Presidency to the North, and the Chairmanship to the South?”
“Even Fayose that has declared his interest may face big challenges because of the decision of our party…”
“I’m not God but I sincerely doubt the possibility…” On his assessment of the administration of President Muhammadu Buhari, Jonathan said it has done well in the area of security and anti-corruption fight.
He said: “Honestly speaking, they have tried in the area of security and fighting corruption, even if they’ve tilted more towards us…
But we did a lot in our time in the area of agriculture, transport, managing the economy, rule of law, free and fair elections… Only Nigerians can judge…
It won’t be fair of me to pass verdict so soon on my immediate successor… “I knew they would hit brick-walls on some of their promises, especially the school feeding program and the payment of N5,000 to unemployed graduates…
We worked on feasibility studies on them in the past and realised Nigeria could not afford it… It is always the job of the opposition to over-promise but reality of governance is always different…”
Follow Us on Twitter!