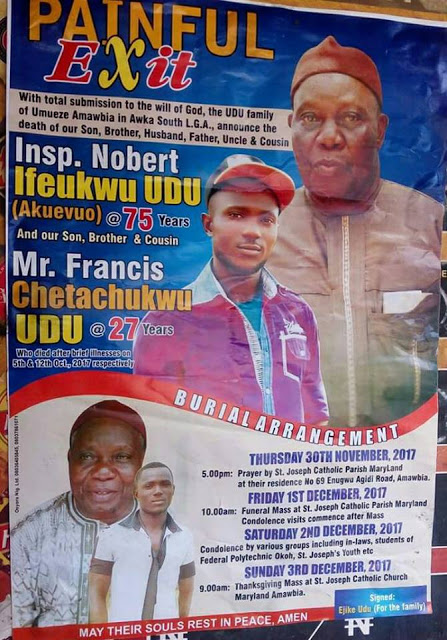 A Nigerian father and his son are set to be buried together after the both died of same illness few days apart in Anambra!
According to a Facebook user, Nwike Chuka Michael, the late Insp. Nobert Ifeukwu Udu, 75, and his son Mr. Francis Chetachukwu Udu, 27, died on 5th and 12th of October respectively and they will be buried on the 1st of December, 2017, at their hometown, Amawbia in Awka.