Home » news » GAME OVER!! Billionaire Kidnapper Evans Must Die By Hanging, You Won’t Believe What Court Today Ruled Against Him {Must See}

GAME OVER!! Billionaire Kidnapper Evans Must Die By Hanging, You Won’t Believe What Court Today Ruled Against Him {Must See} 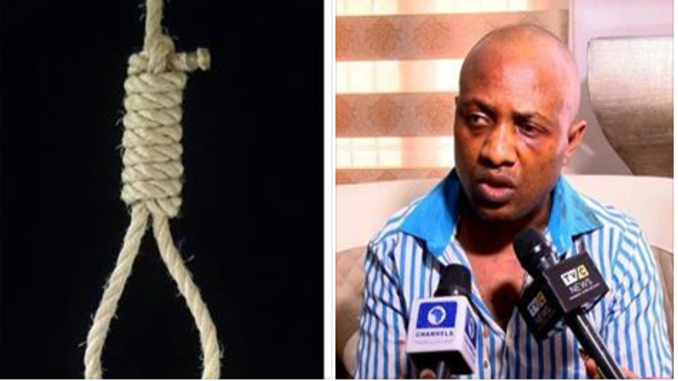 Chukwudumeme Onwuamadike, the alleged billionaire kidnapper popularly called Evans, has lost as Justice Oluwatoyin Taiwo of the Lagos state high court, Igbosere, ruled on Friday, November 10, 2017, that he and his suspected accomplices all have cases to answer.
The judge’s ruling came as Evans and the suspected accomplices face two separate charges filed against them by the Lagos state government.
The court also fixed December 15, for the prosecution to open its case. Daily Sun reports that the two separate charges are on kidnap, possession of firearms, murder and attempted murder.

The report said Evans, on October 23, rebuffed an attempt by the state government to arraign him and the other suspects. His argument was that the court lacked jurisdiction to entertain the charges.
This forced Justice Taiwo to adjourn the trial till Friday, November 10, to hear the applications filed by Evans challenging the court’s jurisdiction to try him.
One of the charges against Evans and the others, according to the report, includes an attempted kidnap of the chairman of The Young Shall Grow Motors, Vincent Amaechi Obianodo, for which the suspects pleaded not guilty.