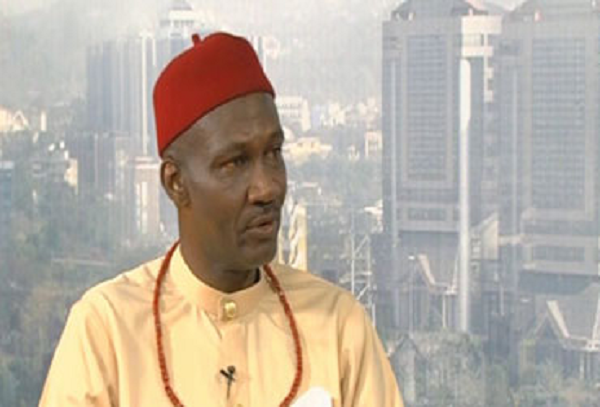 Dr. Cairo Ojougbo a former PDP chieftain and National Vice Chairman of the Peoples Democratic Party of the sacked Modu Sheriff faction has told Governor Wike of Rivers State that no condition is permanent.
He stated this while speaking to Vanguard on the emergence of the sacked former National Chairman of the Peoples' Democratic Party, Modu Sheriff, a former governor of Borno State.
According to him an argument arose as to who actually brought the sacked PDP chairman. He said he defiantly told Governor Wike he did and Wike retorted, ''You are arguing with me a Governor''?
Dr. Ojougbo spitefully told Governor Wike 'YES!'Today, you are a governor but remember no condition is permanent!''

He said:'' They went to bring the man from his house. I told them the way you people are bringing Sheriff is wrong. I told them and they said, “you, Dr. Cairo, national vice-chairman of the party, you are arguing with me, a governor?” That was what Wike told me.
''I said, ‘Wike, yes, today, you are a governor, I respect your position but remember, very well what Nnamdi Azikiwe told Ukpabi Asika, “That the lorry that brought him from Onitsha to Lagos that what they wrote on it is ‘No Condition is Permanent.” I told him that. As it would happen his condition and his position changed and my condition and position changed. That is life for you. I told him, no condition is permanent.''
Follow Us on Twitter!