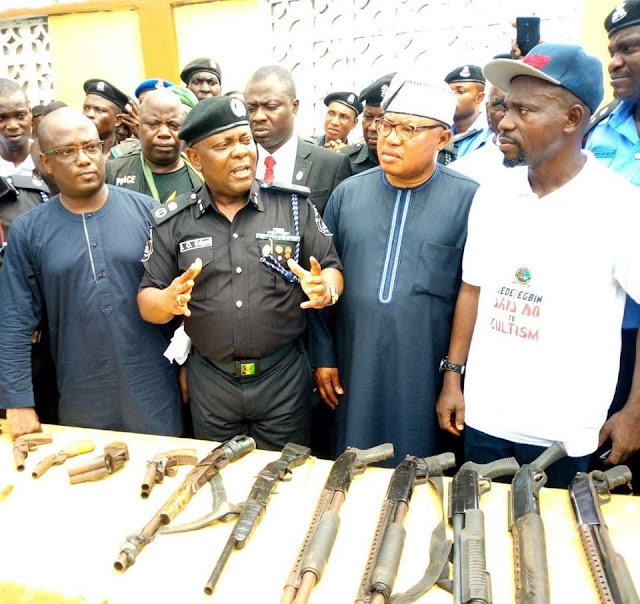 Many youths of Ijede local council development area in Lagos on Monday embarked on a rally as members of various cult groups denounced their membership in the presence of the traditional rulers and security operatives. The various cult groups were Aiye, Eiye, Buccaneer, and KK among others.
The repentant Cultists surrendered all the ammunition in their possession to the Commissioner of Police, Lagos State, Mr Edgar Imohimi in the Presence of Hon Babajimi Benson, MHR and Hon Nurudeen Sholaja, to affirm their commitment in renouncing cultism and everything attached to it.
One Olarewaju Adesoye, who claimed to be the former head of Eiye confraternity, said at the event: “I was the number one man of Eiye. My membership started from power tussle over boundary issue. “But the crisis that followed was not what we bargained for. My appreciation goes to the local government chairman, who pioneered this move.
“We made up our minds to renounce our membership for long, but we didn’t know the logical way to follow so as not to be arrested”.

Former head of KK confraternity, Abdulrazeez Densi, said the renouncement marked of a new beginning in his life.
“I decided to renounce my membership because of the safety of my life and that of members of my community. I want peace to reign in my community”, he said.