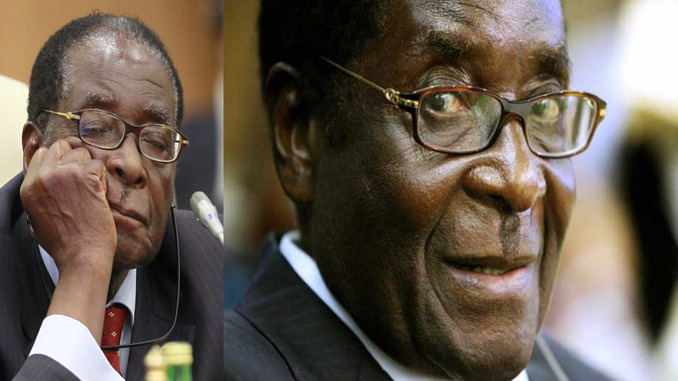 Embattled President Robert Mugabe of Zimbabwe has made his first public appearance since Wednesday, November 15, when the country’s army took over Harare, its capital.
Mugabe, who held a meeting with the army late Thursday, November 16, reportedly appeared in academic gown for a graduation ceremony in Harare.
The 93-year-old slowly marched in a procession to the podium as he was applauded by cheering supporters while declaring open the event.
Various sources confirmed Mugabe, who was placed under house arrest, made a public appearance Aljazeera reports that the venue of the event was heavily secured and that Mugabe appeared without his wife, Grace, whose whereabouts have continued to fuel speculations.
Aljazeera noted that its correspondent in the country said Mugabe’s appearance is a way the army wants to tell the world that the siege on Harare was not a coup. The report quoted its correspondent as saying:

The army says the aim of the military intervention was the arrest of criminal elements around Mugabe. “It also suggests that if they have anyone in place to take over, it will probably take some time.
This will not happen immediately, possible not before the ruling party’s conference in December. “Mugabe is known as master tactician, known for his intelligence. He’s been around for this long because he knowns how to play the game and he still has support from within the Zanu-PF ruling party.
“Those who do still support him have much admiration for him – they see him as an African icon. “When he does go, on whatever term that is, it will likely be a graceful exit. His supporters would want him to go with dignity and it will be carefully managed.”