Extra-Judicial Killings; How Kidnappers Were Allegedly Killed By Police After Successful Arrest. (Photos) 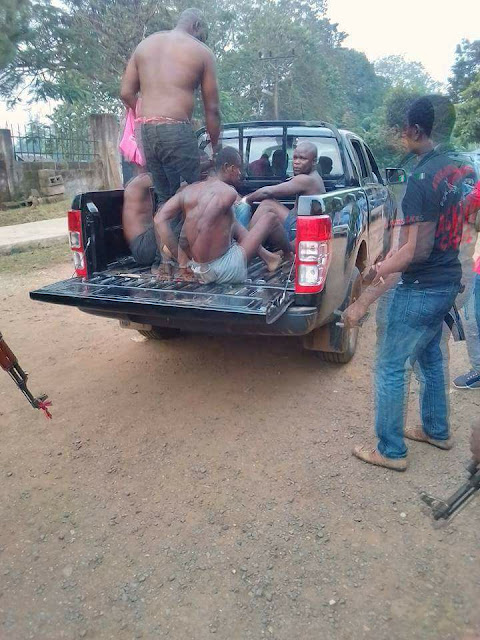 Yesterday, the police in Ikom LGA, central Cross River state revealed that five kidnappers who abducted a supermarket owner, Mrs Asimco, last Saturday and took her deep into the forest and demanded ransom – were killed after a gun duel in a forest. According to police reports, security operatives traced the hoodlums to a forest in Ikom and killed the kidnappers after engaging them in a gun duel.
But multiple reports from journalists, activists and Cross River citizens claim otherwise as they say the kidnappers were successfully arrested and killed at the police station before they were paraded before journalists…. without any form of prosecution…
Pictures have been provided by citizens to back the theory up as they have accused the Cross River police of extra-judicial killings.