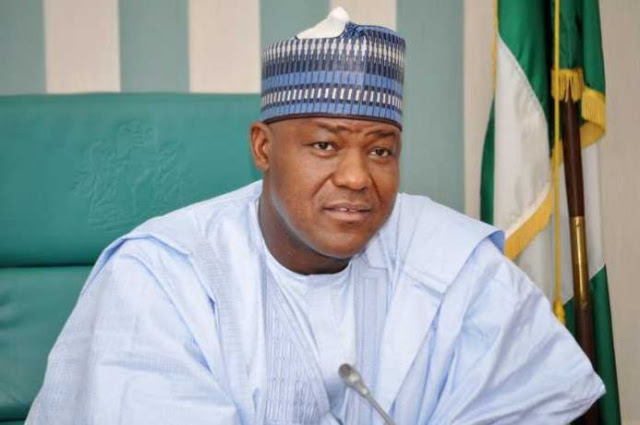 Speaker of the House of Representatives, Honourable Yakubu Dogara, has described the death of former Vice President Dr. Alex Ekwueme, as a monumental loss, not just to Nigeria but the entire African continent.
Dogara stated this in a statement issued by his Media Aide, Mr. Turaki Hassan, wherein the Speaker extolled the virtues of the late Vice President, stating that “the former number two citizen was a distinguished elder-statesman, patriot, nationalist and a true son of Africa.”
According to the statement said to have been personally signed by the Speaker, Dogara lamented that the former Vice President’s demise came at a time Africa was in dire need of patriots and leaders like Dr. Ekwueme as it struggles with various internal conflicts and passes through challenging pace in its history.
“In times as these, elderly wisdom, experience and guidance of Dr. Ekwueme is needed by leaders at all levels so as to enable us surmount the daunting challenges confronting us as a country and as Africans.

“Dr. Ekwueme was a philanthropist, a famous professional architect, lawyer, brilliant politician and a man of peace whose efforts in building bridges of friendship amongst the various peoples of Nigeria is legendary.
“He played politics of ideas, principle and purpose and helped bring stability as Vice President in the Second Republic.
“The late elder statesman was credited with the introduction of the famous proposals for a just and equitable power sharing in Nigeria based on the six geopolitical zones which ensures a fair, just equitable and stable polity.
“His contributions in the struggle for the restoration of democracy in 1999 when he mobilised the famous group of 34 eminent Nigerians who risked their lives and stood up against military dictatorship are still fresh in our minds.
“Indeed, he lived a life worthy of emulation and left an indelible mark in the annals of the history of Nigeria. He was truly a political colossus and giant whose shoes will be difficult to fill,” he said.
The Speaker added: “As it was said of all the saints and sages, we take solace in the fact that he has gone to rest having emptied himself while he walked the earth and served humanity even in his final hours.
“I want to express our heartfelt condolences to the Ekwueme family, the government and people of Anambra state over this huge and irreparable loss. May His gentle soul rest in perfect peace,” he noted.