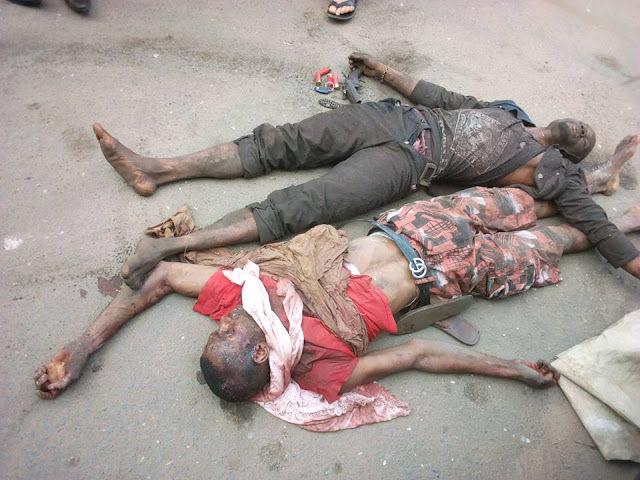 A combined team of Special Anti Robbery Squad and Police Mobile Force of the Imo state command have shot dead two daredevil armed robbers . The incident occurred in the dead of the night while the urchins were robbing residents from house to house in Ezi-Ogbaku in the Mbaitoli Local Government Area of the state.
While two died in the ensuring gun battle with the cops, the three other hoodlums fled with gunshot injuries around 2am.

It was gathered that the SARS crack squad was led to the operation by its commander,Victor Godfrey, a Superintendent of police .
A locally made double barreled shot gun,two expanded cartridges and two live cartridges were recovered from the slain criminals.
See pictures below (Viewers discretion)
PICTURE 1
PICTURE 2
Follow Us on Twitter!