Corpse Of Student Shot Dead During NANS Election Recovered Ahead Of Burial. (Photos) 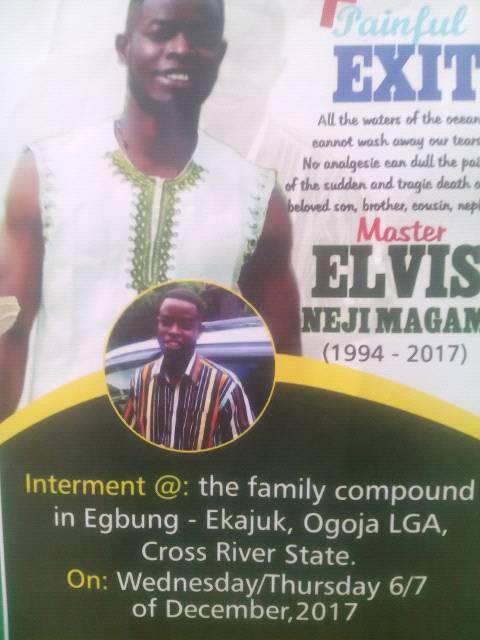 The corpse of late Comrade Elvis Magam of the University of Uyo who was killed during elections for coordinators of the National Union of Nigerian Students (NANS) – has been recovered and is set to be sent home in Ogoja local government area in Cross River state ahead of his funeral.
The deceased was shot dead during the NANS election held at the Federal University Otuoke, Bayelsa state over the weekend.
Meanwhile, the Bayelsa State Police Command has arrested three suspects in connection with the death of Magam Elvis of the faculty of Law, UNIUYO.

The police also confirmed that they have in their custody eight students including Bayelsa NANS President, Perewari Benjamin arrested for involvement in armed robbery and cultism.