Home » news » Corpse Of Man Who Was Killed By Lightning Exhumed After Being Buried In Pigs Blood. (Photos)

Corpse Of Man Who Was Killed By Lightning Exhumed After Being Buried In Pigs Blood. (Photos) 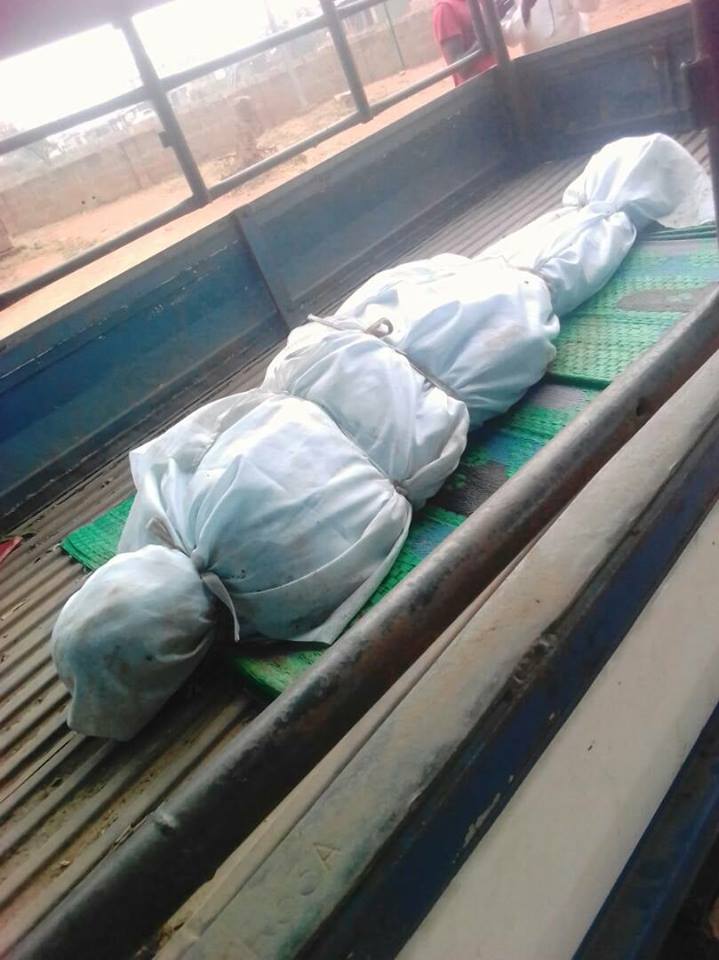 Forty seven days after of his death, the civil servant, Salami Adekunle, who was struck to death by lightning during a downpour in Oro, Kwara, has just been given a proper burial, according to a new report by Abubakr Imam Ali-Agan. Yoruba traditional worshippers reportedly performed ritual concoctions on the deceased believing that his death was not natural as the corpse was rejected to be buried at the Muslim cemetery. .
Read the report shared by  Abubakr Imam Ali-Agan on Facebook.
Ahmad Kunle Abdusalam died as a result of lightening 47 days ago. Yoruba traditional worshippers performed ritual concoctions on him believing that his death was not natural. He was taken to the Muslim Cemetery to be buried after his body was rubbed with the blood of pigs and dogs
This is not acceptable in Islam we explained. A member of his family then instructed that they should take him to another cemetery where he was buried according to the traditionalists. However the deceased died as a Muslim. He must be buried according to the dictate of Islam, we insisted.

At a point we warned to stop further actions by the ritualists through some munafiqun. We were warned that if we attempt the exhumation we shall die in the process. Oh what a good way to die, we exclaimed.
We reported the matter to the authorities concerned in the state. We got permission to exhume his body. At the appointed date we were not shown the grave by his family members because they were told they will die instantly . So we opted for the prayer in absentia. Salatul gayb. Fortunately for this brother, some concerned brothers in Saudi Arabia who were following the event also conducted the prayer on him..

Still not satisfied we launched series of campaign for his exhumation. We got police permit for the exercise. To Allah be the credit for after 47 days we are able to locate his grave and we found his body intact, he was exhumed and buried according to the Islamic rites at the Muslim Cemetery Ilorin. The Prayer was witnessed by thousands of Muslims due to special radio announcement. The Prayer was led by the Chief Imam of the University of Ilorin, Prof. A.G.À.S Oladosu. Please share if you are inspired.
Follow Us on Twitter!