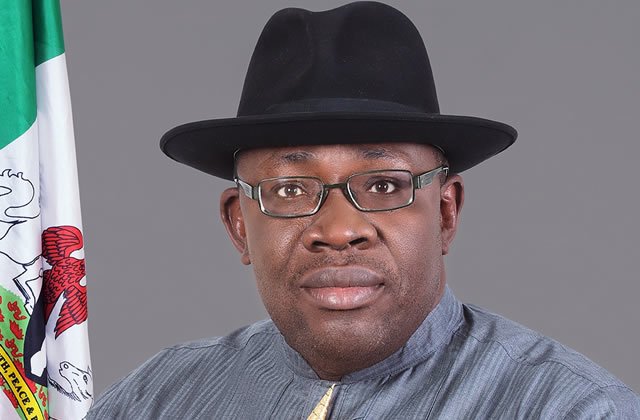 The Governor of Bayelsa State , Seriake Dickson , has lamented that the Federal Government has abandoned the state , particularly in the area of road projects .
The governor made this known when members of the House of Representatives ’ Committee on the Niger Delta paid him a courtesy visit in Government House , Yenagoa , a statement by his media aide, Francis Agbo, said on Sunday.
The governor noted that the Niger Delta had no reason to be marginalised considering its significant contributions to national economy .
Dickson called on the committee to prevail on the Federal Government to expedite action on the completion of the East -West Road project to ease vehicular movement and reduce carnage .
He urged the committee to ensure that its report reflected the state of abandonment and under- development of the region and particularly Bayelsa State .
He stressed the need for the Federal Government to generate funds to complete the Bayelsa section of the East – West Road awarded more than 12 years ago, as well as other road projects in the region .
Dickson said , “Our country left our region behind and we feel it more in this state even within the Niger Delta. Bayelsa State is more deltaic than Delta State and more riverine than Rivers State and yet we are left to solely fend for our development such that today , we can ’ t get to Brass , Koluama , Ekeremor , Agge and Oporoma. ”
While appreciating the lawmakers for the visit , Dickson decried the absence of federal projects that were capable of transforming the region .
He added that Bayelsa could not be compared to other states in the region in terms of development , despite the level of crude oil exploration in the state .
He added , “It is very clear that the Federal Government is not aware of the developmental challenges in this region. Bayelsa is embarking on a revolution in the areas of education , economy , health care and tourism . The state is the most peaceful among the Niger Delta states and is at peace with itself and with the rest of the country

In his response , the Chairman of the House of Representatives ’ Committee on Niger Delta, Mr . Essien Ekpeyong -Ayi , explained that the committee was in the state as part of its oversight functions to the Niger Delta region to access the level of implementation of projects within the MNDA .
Describing the non- completion of the East – West Road project as an embarrassment , he expressed the committee ’s commitment to the completion of the project, assuring the people that budgetary provision would be made for it by next year .
Ekpeyong -Ayi said , “We have seen the different sections of the road and other projects that have not been funded since 2012 and 2013, some don’ t even have budgetary provisions in this present budget .
“Our coming here before consideration of the budget has given us a real insight into the problems in the Niger Delta region as it concerns the progress of the Ministry of Niger Delta. ”
He urged Dickson and other governors in the region to help pressurise the Federal Government to release funds for the completion of the East -West road , which is a strategic gateway to the region .
He commended Dickson for his numerous contributions to the stability of Nigeria and the judicious use of scarce resources for development of Bayelsa and its people .
Follow Us on Twitter!