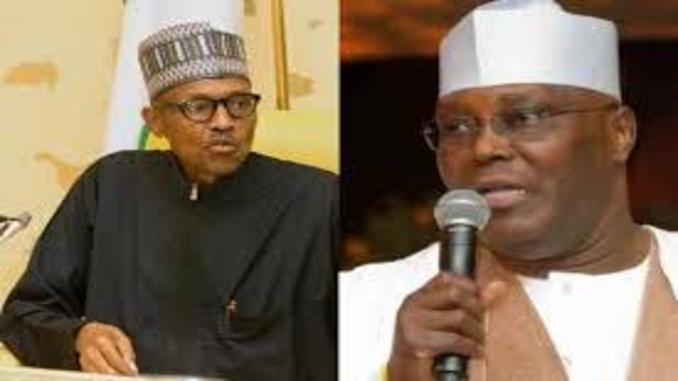 President Buhari expressed sympathy to Oyegun over exit of Atiku from the APC, the former vice president announced his resignation from APC last week
There is speculation he might be moving to the PDP President Muhammadu Buhari has expressed his sympathy to Chief John Odigie-Oyegun over the resignation of Alhaji Atiku Abubakar from the All Progressives Congress (APC). Atiku resigned from the ruling APC on Friday, November 24, in a statement that was made public.
The Punch reports that the president chose the venue of the inauguration of the Ama Pepple-led National Minimum Wage Committee to convey his sympathy to the party chairman who joined top government officials for the event.
Although he did not mention Atiku by name, it was evident he was referring to the former vice president. Buhari said: “Accept my sympathy for losing a senior member of your party.”

It was reported that Atiku had resigned from the APC since October 18 before making his position known more than a month after. In his resignation letter, he said: “I had hope that the APC government would make improvements to the lives of our people and the continued existence and development of Nigeria as one indivisible nation.
This hope has now been dashed. “I’m unable to reconcile myself with the dismal performance of the party in government, especially in relation to the continued polarisation of our people along the ethnic and religious lines, which is threatening our unity more than any other time in the recent past, and the unbearable hardship that our people are currently undergoing.
“Let me emphasise again that this is not about me. We have to have a country before people can aspire to lead it. “While wishing you well, let me express the hope that in the near future, a substantial number of you will join forces with us to, once again, defeat impunity, and restore vision and purpose to the politics of our great country.”
Meanwhile, Atiku said he will not disregard the advice by Goodluck Jonathan for him to go and beg Chief Olusegun Obasanjo, his media adviser has said.
Follow Us on Twitter!