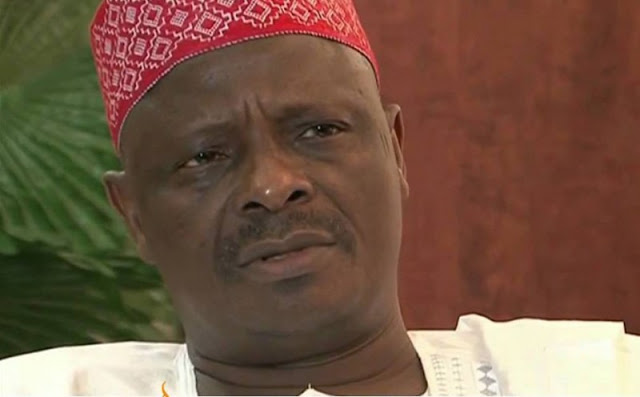 The ruling All Progressives Congress, APC, has warned the former Governor of Kano State, Senator Rabiu Kwankwaso, to stop wasting his resources in a bid to become President in 2019.
The APC made this known through the Kano State Commissioner for Special Duties, Musa Ilyasu Kwankwaso, in an exclusive interview with Daily Trust, on Tuesday morning.
When asked how the APC viewed the fact that the Kano State Governor, Abdullahi Umar Ganduje, is openly fighting his predecessor, Rabiu Kwankwaso, the Kano State Commissioner said:
“This assertion would amount to taking the matter too far. No one in Ganduje’s government is in any conflict with Kwankwaso. If anything, I can boldly tell you that we in the APC only advised him to stop wasting his effort and straining his resources on the wild goose chase for the Presidency in 2019. We advised him to concentrate rather on reclaiming his Senate seat, to avoid the risk of losing both.”

He added: “Forget it, Rabiu Kwankwaso cannot be President, he stands the risk of losing his seat in the Senate in 2019, if care is not taken.”

When asked if he was in any way implying that Senator Kwankwaso could lose the Presidential bid if he makes another attempt, he said:
“Yes, that is the implication. You all know that Kano is a decider in any poll any day. I can also assure you that Kano was for Buhari and Ganduje in 2015, and shall remain so, come 2019.
“Senator Rabiu Musa Kwankwaso as a member of our great APC, should come back to Kano; join the government in transforming the State, rather than embarking on a fruitless adventure. Kano is for all of us, and Governor Ganduje does not harbour grudges.”