Home » news » Asaba Massacre: After the killings, Asaba became a town of just women, with no men –Gwam

Asaba Massacre: After the killings, Asaba became a town of just women, with no men –Gwam 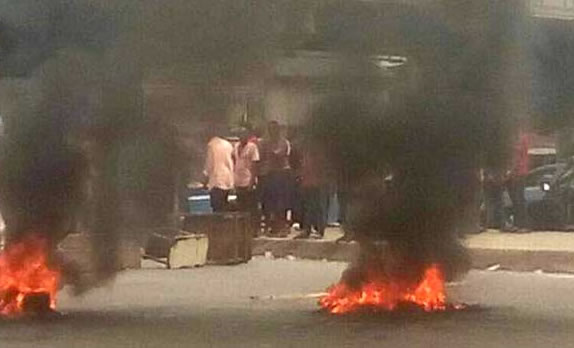 Barely three months after the Civil War broke out in 1967, Biafran troops were said to have invaded the Midwest Region, to the west of the River Niger. They spread west, taking Benin and reaching as far as Ore where they were pushed back by the Nigerian Second Division under the command of Col. Murtala Muhammed.
The Federal troops gained the upper hand and forced the Biafrans back to the Niger, where they crossed the bridge back into the Biafran city of Onitsha, which lies directly across from Asaba. The Biafrans blew up the eastern spans of the bridge so that the federal troops were unable to pursue them.
The federal troops entered Asaba around October 5 and began ransacking houses and killing civilians, claiming they were Biafran sympathisers. Reports suggest that several hundred may have been killed individually and in groups at various locations in the town. Leaders summoned the indigenes to assemble on the morning of October 7, hoping to end the violence through a show of support for “One Nigeria.” Hundreds of men, women, and children, many wearing the ceremonial Akwa ocha (white) attire paraded along the main street, singing, dancing, and chanting “One Nigeria.” At a junction, men and teenage boys were separated from women and young children and gathered in an open square at Ogbe-Osowa village. Federal troops revealed machine guns, and orders were given, reportedly by Second-in-Command, Maj. Ibrahim Taiwo, to open fire. It is estimated that more than 700 men and boys were killed, some as young as 12 years old, in addition to many more killed in the preceding days.
The bodies of some victims were retrieved by family members and buried at home. But most were buried in mass graves, without appropriate ceremony. Many extended families lost dozens of men and boys. Federal troops occupied Asaba for many months, during which time most of the town was destroyed, many women and girls were raped or forcibly “married,” and large numbers of citizens fled, often not returning until the war ended in 1970. The total death toll during early October was in excess of 1,000, although the exact numbers may likely never be known.
Last October, Asaba indigenes came together to mark the 50th anniversary of the mass killings of their kinsmen and women during the Nigerian Civil War in 1967. The two-day commemoration witnessed the launch of a book, The Asaba Massacre: Trauma, Memory and the Nigerian Civil War, which details how and why the massacre happened and the impact of the killings on the community decades after. One of the organisers of the event and an eyewitness of the massacre, Dr. Cyril Uchenna Gwam, in this interview with GODWIN UDOH, describes the incident that decimated the town over five decades ago and asks Nigeria to offer a public apology to assuage the trauma they went through.
How was Asaba town before that massacre?
Asaba was relatively a peaceful civil service town where you would see intellectuals of great repute excelling in every field of their endeavours. It was a former headquarters of the Royal Niger Company in the pre-colonial era; the indigenes were more educated and embraced white collar jobs. There were also many men and women who were retired; people like my father, L.A. Gwam, who was killed at Ogbeosowa in October 1967. He retired as a produce officer.
Then, Asaba had great politicians like Chief Dennis Osadebay, the first premier of the Midwestern Region, Nduke Eze, who was a great Zikist and later became an Awoist. We also had J.I.G Onyia, who was a Deputy President of the Senate. Asaba had one of the oldest secondary schools in Nigeria, St. Patrick’s College, where the elite from the Midwest attended.
Asaba was purely a Nigerian town; it was never a part of Biafra. However, during the civil war, Biafra conquered Asaba on their return from Benin at Orile.
But like I said earlier, when there had not yet been a country named Nigeria, Asaba was the civil headquarters of the Royal Niger Company, a British chartered company, which ruled and traded in the area. Lokoja was a town in the north of Asaba, which stood at the confluence of the River Niger. Its principal tributary, the River Benue, was the military headquarters. That was why, when the British took over the control of the territory from the Royal Niger Company on January 1, 1900, the Jus Pax flag of the Royal Niger Company was lowered and the British Union Jack hoisted in its place at both Asaba and Lokoja.
From 1886 to 1904, when the town was the provincial headquarters of the Royal Niger Company, its political and commercial importance was at the zenith. The first attempt to plant Christianity in Asaba was by the Church Missionary Society. The Niger Mission landed in Asaba in 1875 and the Anglican missionaries spread from there to the hinterland towns of Osomala and Oko, as intensified missionary operations followed in Aniocha and other Ika areas down to Ogwashi-Uku, Ubulu-Uku, Akwu-Uku, Onicha Olona, Ezi, Idumuje, and Ugboko, among others.
When did the Catholic Mission arrive?
The Catholic Mission arrived in 1884. The first Vicarage ever to be created in Western Nigeria in 1918, under Catholic Bishop Thomas Broderick, was located at Asaba. Asaba was also the headquarters of Our Lady of Apostle Convent, a large, flourishing convent with boarding facilities where girls from all parts of Southern Nigeria flooded. It was, therefore, no accident that the first West African indigenous priest was from the Asaba Division. He was Father Paul Emechete of Ezi and he was ordained by Bishop Broderick on January 6, 1920.
Strategically, Asaba stands astride the trans-African highway, which starts from Mombassa, linking the Eastern cities of Onitsha, Enugu, and Calabar, to the Western cities of Benin, Ibadan and Lagos. The Biafrans equally recognised this geopolitical significance of the town. The fall of Asaba meant a clear threat to Onitsha – the economic livewire of the young republic.