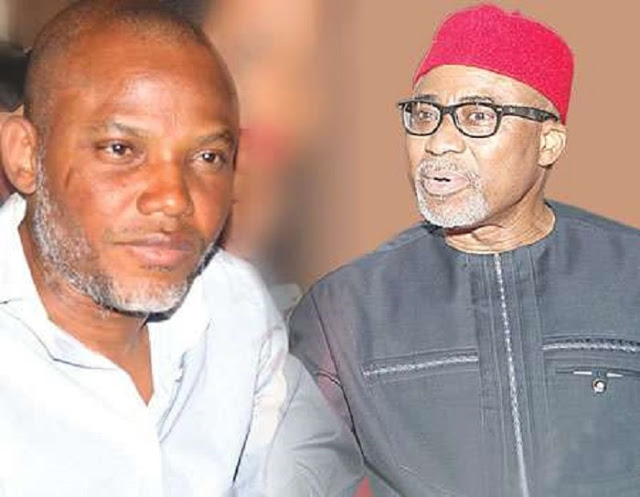 Senator Enyinnaya Abaribe has blamed the Chief of Army Staff, Tukur Buratai for the disappearance of Nnamdi Kanu, the leader of the Indigenous People of Biafra, IPOB.
Enyinnana had signed a bail-bond for the missing man and his trial in court has resumed.
On Monday, he said Buratai was responsible for Kanu’s disappearance.
In a fresh motion filed through his lawyer, Chukwuma-Machukwu Ume (SAN), on November 17, 2017, he stated that he should not be held responsible for the unavailability of Kanu to attend court for his trial, but alleged that Kanu’s unknown whereabouts was caused by the “whimsical, capricious, subversive and extrajudicial self-help” embarked upon by the Chief of Army Staff.

The senator maintained that the Chief of Army Staff was aware of the pending charges against Kanu when he allegedly deployed soldiers to “forcefully and violently” invade the IPOB leader’s home in Afaraukwu Ibeku-Umuahia, in Abia State on September 14, 2017.
He noted that the conduct of the COAS with deployment of the soldiers were with “most probable effect” of preventing him (Kanu) from attending court to continue his trial.