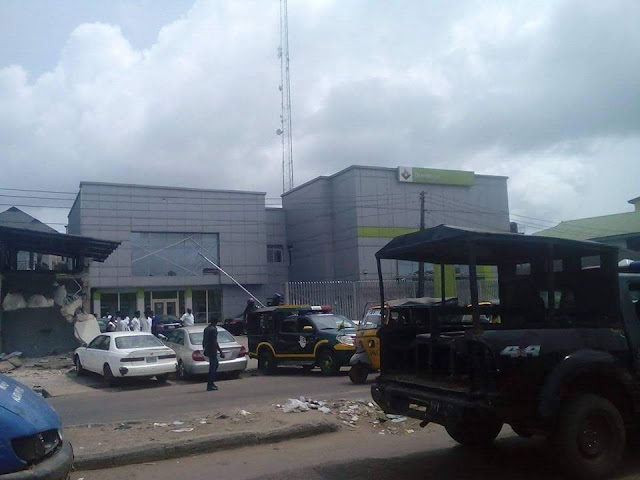 According to multiple online reports, unknown gunmen invaded a branch of Diamond bank in Owerri, Imo state capital. The hoodlums in their numbers reportedly attacked the bank with highly sophisticated weapons this morning and they made away with an undisclosed sum of money and leaving some person(s) injured.
The ever busy Douglas road branch which is situated opposite “AMA AWUSA” market became noticeably scanty due to the incident. Business activities at the branch were equally grounded.
According to ‎Prince Micheal Chika‎, few minutes later, the police operatives arrived the scene.
An investigation is still on going to apprehend the men of the underworld.