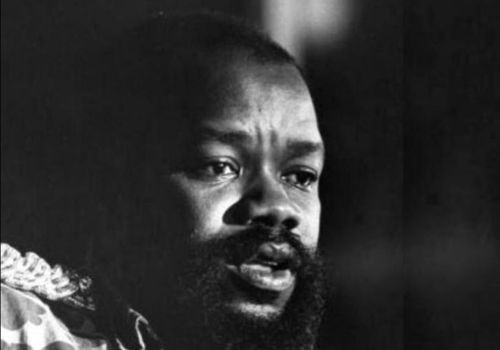 All Progressive Grand Alliance (APGA) has attributed its Anambra governorship election victory to the “larger-than-life image” of the late Ikemba Nnewi, Dim Chukwuemeka Ojukwu, the former leader of the party.
Dr Victor Oye, the APGA National Chairman, stated this in an open letter entitled “Letter to Ojukwu” he issued in Awka on Monday.
The News Agency of Nigeria(NAN) recalls that Ojukwu died six years ago in the UK after a brief illness, aged 78.
“All of us in APGA sorely miss you, Ikemba Chukwuemeka Odumegwu Ojukwu, our indefatigable leader for life.
“Your footprints in the sands of time remain an inerasable testimony of your accomplishments while on earth.
“Your selflessness, oratory, courage, aplomb, and aristocracy singled you out from your contemporaries.
“The anniversary of your transmutation into glory coincided with the tsaunamic victory achieved by APGA with Gov. Willie Obiano.

“Contrary to the fear and trepidation that loomed before the election, APGA conquered the political landscape of Anambra State like a colossus,” he said.
The national chairman gave an assurance that the party would continue to uphold the principles upon which APGA was founded.
“We know you are happy where you are, because you left your house in order before the journey to the great beyond.
“We assure you that we will keep the light you lit burning, no matter the intractability of whatever challenges we are made to confront.”
Oye said that Obiano, by his resounding victory, had re-defined election in Nigeria.
He gabe an assurance that APGA, under his chairmanship, was ready to make more histories.
“We pray God to grant your soul continued peace in heaven,” Oye stated.(NAN)