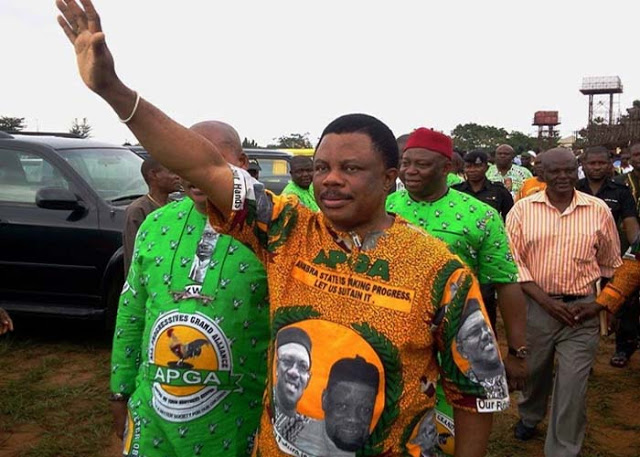 The Anambra State Governor, Willie Obiano, has declared November 17, 2017, as a work-free day to enable civil servants in the state to relocate to their electoral wards to be able to participate in the governorship polls on the 18th.
The governor announced this when he addressed civil servants during the 2017 African Public Service Day at Jerome Udoji Secretariat, Awka, and also used the occasion to solicit for support for the election.

The governor also announced the payment of their leave allowance on the 15th of November, as well clear matters concerning the contributory pension whereby he dismisses the insinuation that his administration has mandated all workers under the state to enroll and contribute their pension adding that his government has set up a committee to examine the programme and advice government on what to do.
He, however, appealed to them to make sure they not only cast their votes but also to protect their votes as his victory will determine the sustenance of the incentives they are enjoying as Anambra workers.
Follow Us on Twitter!