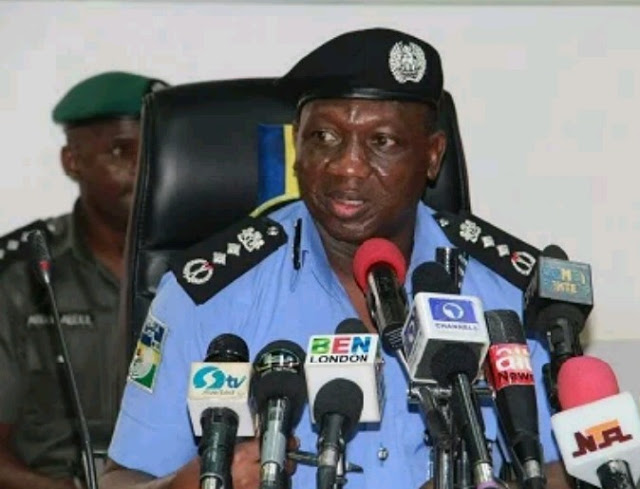 Inspector General of Police, Idris Mohammed has said that the security details of the Anambra State governor
were not withdrawn as was erroneously alleged.
He however said it was only the aid-de-camp attached to the governor that was withdrawn due to the previous experiences where such cops worked for their principals.
The Anambra State Governor, Chief Willie Obiano had said his life was in danger following the withdrawal of his security details. He said the withdrawal was ominous as it had exposed his life to eminent threat.
Mohammed said it was not the first time such action was being taken, assuring that the decision would not in any way affect the security of the governor, He however assured the restoration of the governor’s ADC as soon as the election was over.
“We’ve authorised the withdrawal of the ADC because of previous experiences where in the past ADCs were arrested with vehicles loaded with arms by soldiers.

“Withdrawal of the ADC would not affect his security because we have a total of 26,000 policemen who would be deployed across the local government areas of the state. “I want to assure him that on Sunday morning, immediately after the election, the ADC would be in his house,” he said.
According to the IGP, there would be restriction of movement within the state and its neighborhood beginning from a day before the election day, as well as the election day proper.

He said the Commissioner of Police in the state, Mr Garba Umar, had already been asked to stepped down for neutrality while another who had no affinity with state would take his place.
“We are bringing entirely new faces to conduct this election. We need your cooperation and support. We are going to conduct ‘stop and search;” we are going to raid some black sports,” the IGP said.
Reacting, the head of the governor’s reelection campaign organisation, Chief Victor Umeh, described the withdrawal of the governor’s adc as an act of intimidation to humiliate him.
He said he is still the governor of the state till next year March and should be “There is no place in the law where it is stated that the ADC of an incumbent governor who is going into a second term would be withdrawn from him. That is tantamount to violation of his constitutional rights and privileges, at the same time making him an ordinary citizen.”
He said some people had boasted in the past that before the election, they would demobilize the governor, saying the removal of his security aide had authenticated such boast.
Umeh who noted that the explaination of the IGP was not satisfactory to the governor’s anxiety, argued that he could have cautioned the ADC rather than his complete withdrawal. He however reassured the readiness of the party to participate in the election, no matter the condition, saying that “we can’t boycott the exercise.
Follow Us on Twitter!