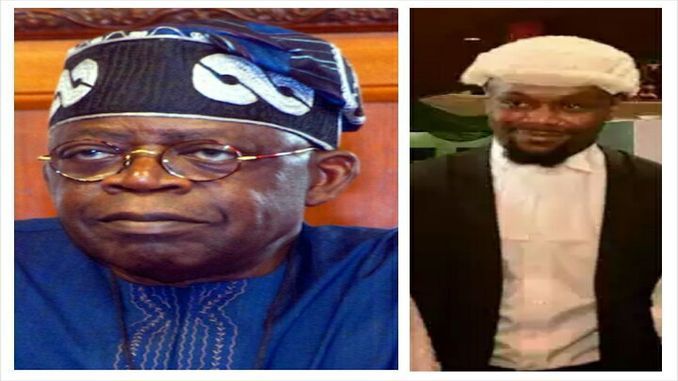 A group under the aegis of Osun Renewal Agenda (ORA), a.k.a. Akinbade’s Ambassador has commiserated with the National Leader of the ruling All Progressives Congress(APC), Asiwaju Bola Ahmed Tinubu over the sudden demise of his first son,Barrister Jide Tinubu,saying that the cold hand of death that took away the promising son of political leader ,was painful and great loss to his immediate family and legal profession in Nigeria.
The group which is social-political platform rooting for the emergency of the former Secretary of Osun State,Alhaji Abdulfatai Akinade Akinbade as governor of the State in 2018,praying to God to protect the wife and children and entire family left behind by the deceased
ORA,in a condolence message issued and signed by its Director-General, Arakunrin Omotunde Stephen Adekunle on the irreparable incident, which copies were made available to NEWSFLASHNGR.com on Thursday,stated that the group mentor,Alhaji Fatai Akinbade and leadership and entire members of the group received the news of the death of younger Tinubu with great shock.
It disclosed that the evening of Tuesday October 31st,2017 when the the ugly incident occurred, has been the dark day for entire Tinubu family and political class in Nigeria.

According to the statement;”When we received the news of the sudden death of a younger Tinubu, we were shocked to the marrow because we knew the pain of loosing a promising son like Barrister Jide Tinubu who had made a mark in chosen field.
But as human being and leader, our Asiwaju Bola Ahmed Tinubu should take solace in the Almighty God who is alpha and omega and controller of our lives.May Asiwaju Tinubu not witness any bad incident on his children again”.
The statement urged the Asiwaju Tinubu family to see the incident as will of Almighty God who can give life and as well take it,praying to God to give the entire family the fortitude to bear the irreparable loss.
Arakunrin Omotunde Stephen Adekunle
Director-General, ORA-Akinbade’s Ambassador
Follow Us on Twitter!