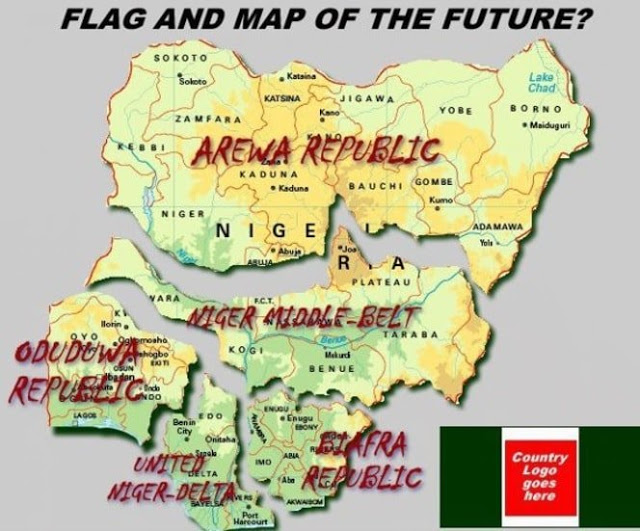 Middle Belt states comprising Benue, Plateau, Kogi, Kwara, Niger, Nasarawa and Taraba State, have declared their resolve to remain in one, indivisible Nigeria.
The stakeholders while voting against secession accepted a viable alternative and roundly dissociated themselves from secessionist groups calling for or clamouring for the Balkanization of Nigeria.

This was disclosed in a communiqué issued in Jos, Plateau State by Chief John Mamman (Chairman) and Màiyaki Idris (Secretary) of the Middle Belt Group.
In the communique was also a rejection to returning the country to regionalism.
The group added that it deemed their stand amid calls for a break-up absolutely necessary having resolved to take their political destiny in their hands and resist the forces calling for a break-up.